Millennial Couple Who Paid Off $224,000 in Debt Are Now On Track to Become Millionaires 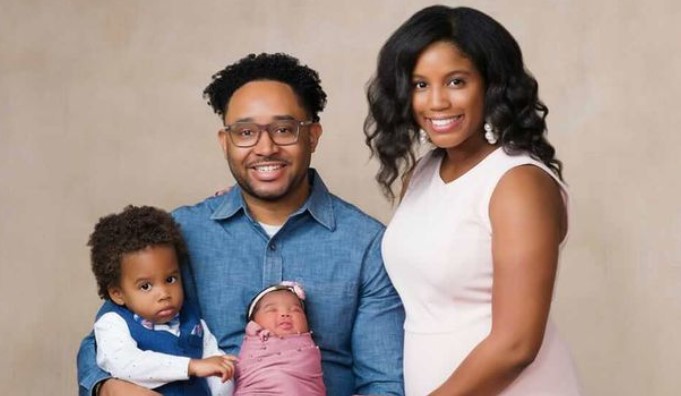 In 2017, Millennial couple Leo and Faith Jean-Louis started off with a combined debt burden of $211,000, according to Business Insider.

After consistently paying around $2,200 towards student loan and credit card payments every month, the couple knew it was time for a change. They committed to tracking their money and taking on side gigs. Within three years, Leo and Faith became debt-free. They paid off a total of $224,000 including interest.

Over the last year, the couple has boosted their net worth beyond $500,000 and are now on track to become millionaires. They also started a business, Freedom Is A Choice MVT, to help other people achieve their dream of debt freedom.

“You don’t need to pay your debt off by tomorrow, next year or the year after that?” Leo wrote on Instagram. “You just need to DECIDE and have a conviction that the debt has to go! That’s where it starts. We had NO IDEA how long it was going to take us to pay off our $211,000 debt. None!

He adds, “We just knew that carrying $2,000 minimum payments were preventing us from living the life we wanted to live. So we just put one foot in front of the other and tried to figure it out as we went. Next thing you know we paid off $104,000 in our first year of marriage.”

Leo and Faith Jean-Louis were clear about the reason they wanted to get out of debt: time and money freedom. They didn’t want to depend on a 9-5 lifestyle to provide for their family. The couple wanted to travel and spend more time with their kids. They also wanted to pass on generational wealth instead of debt.

“Start with your why,” Leo said in an interview with Black Enterprise. “When your vision becomes clear, the choices become fewer. The decision to take action becomes easier.”

First, Leo and Faith developed a budget, cut their expenses, and tracked their money. They carpooled to work, packed their lunches, and cut cable costs. Their goal was to give every dollar they earned a job so they could be intentional about their money allocation.

To accelerate their debt payment goals, the couple focused on increasing their income. Leo worked as an occupational therapist and picked up additional shifts to bring in more money. Faith, a full-time pediatric nurse practitioner, started working overnight nursing shifts and babysitting. The couple earned around $66,000 from their side hustles in 2018. The following year, they made around $40,000 and allocated all the money towards debt.

The Master Plan to Become Millionaires

After Leo and Faith paid off all their debt, they added to their emergency savings. They also allocated more money towards investments.

“Instead of our money going to debt and building someone else’s net worth, we started allocating it toward our investing and growing our own [net worth],” Leo told Black Enterprise.

The couple invested $81,000 in 2020. They maxed out all tax-advantaged retirement accounts, including the Roth IRA (individual retirement account) and Health Savings Account (HSA). When they welcomed their daughter into the world, they opened a 529 college savings plan.

The housing market boom pushed the couple over the six-figure net worth mark. Now, their Freedom Is a Choice MVT business is adding another boost to their net worth outside of their full-time jobs. Since 2019, they’ve helped clients pay off over $800,000 of debt.