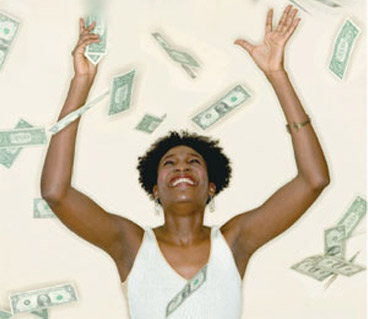 We’ve all heard the phrase, “Work smart, not hard.”

It turns out some industries are better suited to churning out millionaires than others. Some might argue that these days it doesn’t matter what you do, it’s where you do it. While the struggle continues for equal pay in offices across the country, it may be the right time to look into which industries actually offer a better chance of producing enormous wealth for the lucky few Americans that can get their foot in the door.

RELATED: Check out breakdown charts below.

The folks at leading wealth consultancy company WealthInsight provided the website Spear’s with exclusive data outlining the industries that currently breed the most male and female millionaires.

According to their statistics and computations, the top industry for producing female millionaires is the media industry. That’s followed by the financial services and investments sector.

Male millionaires? The financial services and investments sector leads, accounting for 16% of all male millionaires. It’s followed by the expanding tech industry and then manufacturing and retail.

The point of this article is two-fold. To acknowledge the ever-increasing numbers of female millionaires globally and the fields and industries where they actually make their money. Female millionaires dominate newer industries, like media, retail, fashion, hotels, and restaurants and leisure. Industries such as basic materials – which covers mining and agriculture -and manufacturing remain the stomping grounds of male millionaires.

RELATED: Maryland Home to Most Millionaire Families in USA; Tops in Black Families

Here’s a chart breaking the industries down for females.

Percentage of female millionaires per industry:

The chart for the industries that produce the most male millionaires is on the next page: