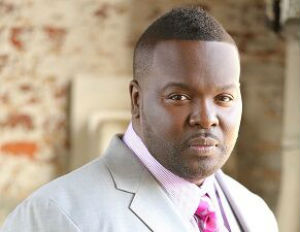 Former Marine Milton Lawrence Jr. had been working as a wedding photographer in Baltimore for a few years when a woman, a hairstylist, screamed after getting a disturbing phone call.

“(She) received a phone call from client, who saw an image of a style she had done posted by another hairstylist–with a watermark on Instagram,â€ Lawrence says.

It coincided with another observation he made having worked in the nightlife and wedding industries: “There was a low barrier of entryâ€ into these fields, he says, and it wasn’t uncommon for these faux photographers to produce “photos that didn’t meet the standard.â€ So, “they would steal images and post them as their own work,â€ according to Lawrence.

Lawrence realized that creatives needed some method to protect their work and came up with the Beauty Shield app.

“I did a radio interview and people were saying, ‘Where have you been? This is stuff that’s happening to us on a daily basis,’â€ Lawrence says. “It’s like when you buy a certain car and you don’t notice it until you’ve bought it. I get inboxed by 15 to 20 people a week, people losing money when these images are taken.â€

The app–currently available on the Google Play store and coming soon to iPhone–let’s users mark photos they’ve taken that are in their phones’ galleries with a limited number of text styles so usurpers will have a tough time claiming the work is theirs. The premium version, which costs a one-time fee of $20, allows users to add a customized logo to images and contracts, and combine images in “before and after shots.â€ Beauty Shield users can also have subjects sign documents such as model releases. (Also, $5 from the premium purchase price is donated to Lawrence’s Lyfesavers project, a Web series about cancer survivors and sufferers battling the disease.)

“A private server manages stored data,â€ Lawrence says. “There is not a Web version right now, but we’re looking to have that developed by the fall.â€

The Beauty Shield system also helps these style artists protect their work beyond just creating a unique body of work, with the premium version also letting them add metadata to their pictures to further protect their work.

It’s an idea that not only found fans in the beauty industry, but also scored Lawrence an audition for Shark Tank. “I moved to second round … I’m just waiting to hear back if they’re going to bring me on to the show,â€ he says excitedly.

In the meantime, Lawrence is proud of the security Beauty Shield is offering to stylists and is appreciative of the feedback he’s been receiving–and the suggestions for future updates.

“It is unique because it’s being built by the user community,â€ Lawrence says.