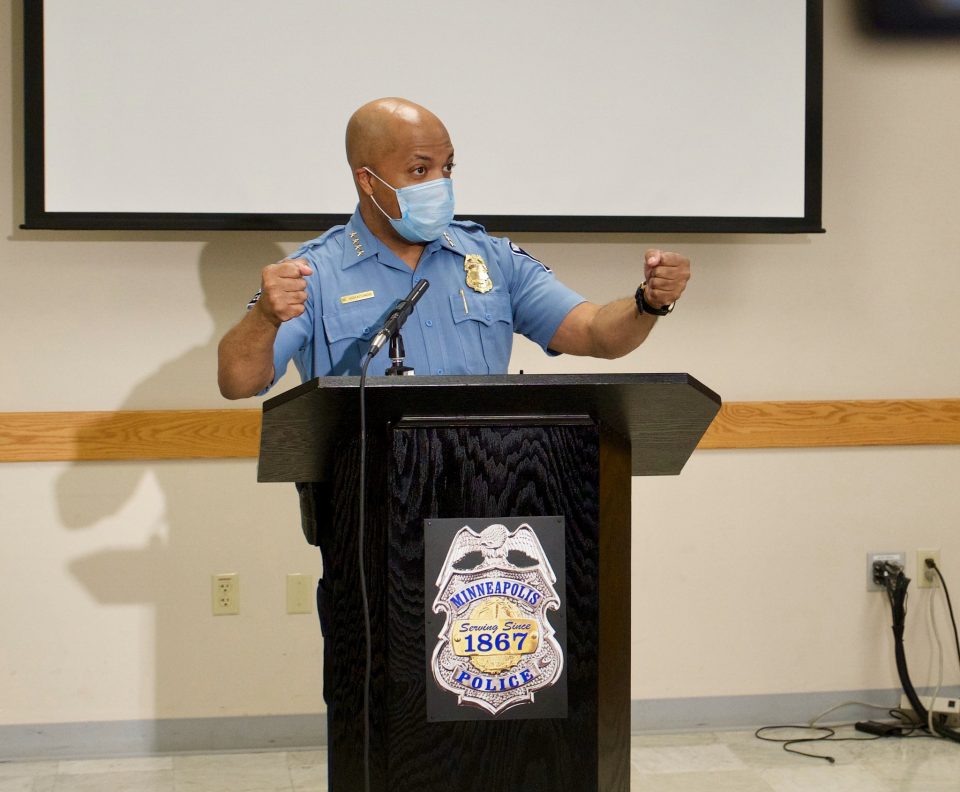 Minneapolis Police Chief Medaria Arradondo said on 60 Minutes Sunday the president of the Police Officers Federation of Minneapolis must decide what side of history he wants to be on.

“He absolutely is an influence,” Arradondo told Stahl. “And I’ve continued to have very serious conversations with him. And he and others are going to have to come to a reckoning that either they are going to be on the right side of history or they’re gonna be on the wrong side of history. But– or they will be left behind. Or, they will be left behind.”

Stahl was quick to bring up when Arradondo and four other Black police officers sued the Minneapolis Police Department in 2007. In their complaint, the officers said every African American officer received a hate letter signed “KKK” through interoffice mail. The case was settled for $740,000.

Stahl asked Arrandondo about the suit and how he feels dealing with the same situation over a decade later.

“It is not the same, Arradondo told Stahl. “The fact that I’m sitting before you today as Chief, I think, is indicative that some progress has been made.”

“I’m– I’m not seeing that right now. But we also have to attack and address the systemic challenges and barriers that exist in that,” Arradondo said.

Members of the Minneapolis City Council pledged to defund the police in the city and find a new way of enforcing the law, however, The New York Times reported it will be a long and painstaking process that may not work.

Officer Derek Chauvin, the man who kneeled on George Floyd’s neck, had at least 17 complaints against him during his time as an officer, but only received two letters of reprimand. Chief Arradondo says he is stymied by the contract he negotiates with the city police union and has broken off talks.

Stahl also asked if the biggest problem is that he can’t get rid of bad police officers or discipline them because of the union’s contract with the city.

“It is problematic, absolutely. Yes,” Arrandondo said. “And so I cannot in good faith work with a contract that– that– diminishes my authority as chief but also erodes that public trust that our communities need so much right now.”