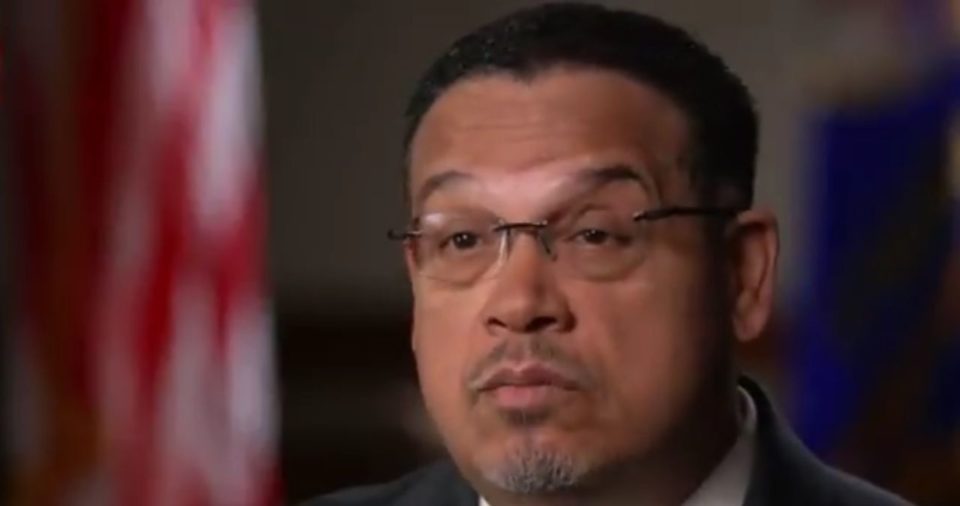 With the recent guilty verdict handed down to former Minneapolis police officer Derek Chauvin for his role in the death of an unarmed Black man, George Floyd, the country has breathed a sigh of relief because we all witnessed his last breath on video. From the standpoint of feeling sorry for the likes of Chauvin, there were very few who would publicly admit doing so. This is why it came as a complete shock when the Minnesota attorney general admitted in an interview that he ‘felt a little bad’ for Derek Chauvin after the murder conviction.

According to The Hill, Minnesota Attorney General Keith Ellison told 60 Minutes Scott Pelley during an interview over the weekend that after a jury found Chauvin guilty of murdering Floyd, he “felt a little bad” for the defendant.

“I spent 16 years as a criminal defense lawyer, so I will say I felt a little bad for the defendant,” Ellison said during an interview on CBS’s 60 Minutes. “I think he deserved to be convicted, but he’s a human being.”

“I’m not in any way wavering from my responsibility,” Ellison said. “But I hope we never forget that people who are defendants in our criminal justice system … that they’re human beings, they’re people. I mean, George Floyd was a human being. So I’m not going to ever forget that everybody in this process is a person.”

“He deserved to be convicted,” Minnesota AG Keith Ellison says about Derek Chauvin, found guilty last week of murdering George Floyd. “But I hope we never forget that … everybody in this process is a person,” including the defendant and the victim. https://t.co/Qwq2hXNrQ1 pic.twitter.com/YEyfYsGDJc

Ellison also responded to critics who felt that Chauvin should have been charged with a hate crime due to the former police officer being white and Floyd being a Black man.

“I wouldn’t call it that because hate crimes are crimes where there’s an explicit motive and of bias,” he said. “We don’t have any evidence that Derek Chauvin factored in George Floyd’s race as he did what he did.”