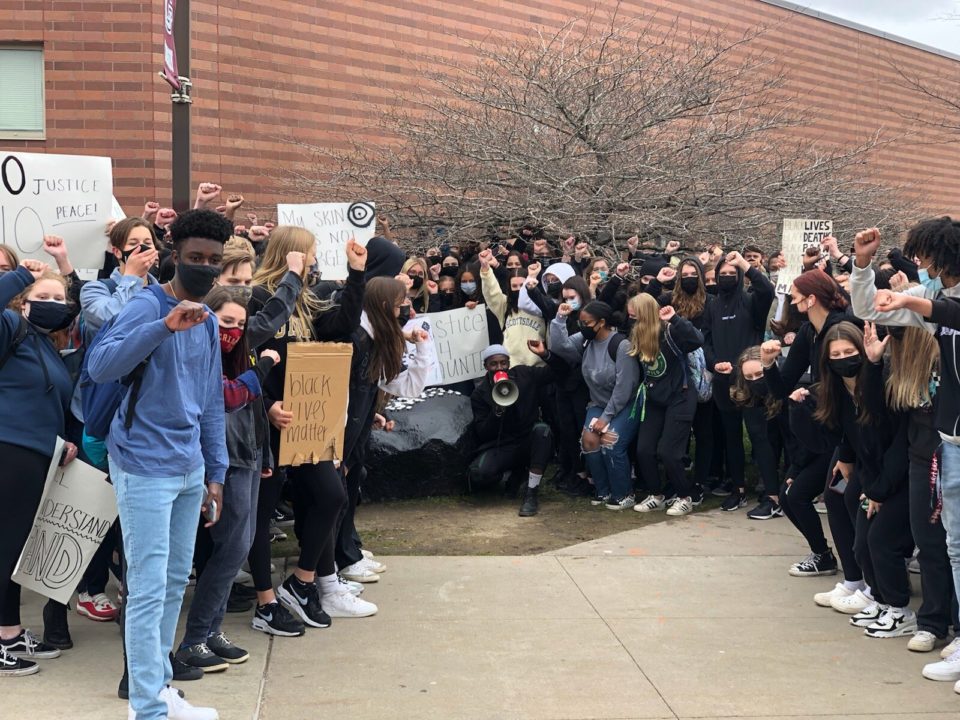 Students across the state of Minnesota walked out of class on Monday in protest of police shootings, bias, and other issues related to racial injustice.

As the Derek Chauvin trial over the death of George Floyd comes to a close, communities in Minnesota are still up in arms amid the recent police shooting of 20-year-old Daunte Wright. Wright was fatally shot by recently resigned officer Kimberly Potter after she allegedly mistook her gun for a Taser.

Swarms of students rallied outside the U.S. Bank Stadium and the state Capitol as floods of other student protestors staged walkouts in tiny suburban communities throughout Minnesota. The walkout was reportedly organized through the MN Teen Activists Instagram page with a scheduled time from 1 p.m. to 1:47 p.m. “Stand in solidarity against racial injustice,” the post read, “School wide walk out.”

Students held moments of silence, chanted, and shared speeches during the statewide rallies. In posts shared on the Instagram page, students of all backgrounds can be seen standing in solidarity. One video clip from the Friedley Senior High walkout shows a young man from New York who came to Minnesota to support the protests.

In today's student-led walkouts at each our three comprehensive high schools (and across Minnesota), our scholars were civically engaged and used their voices to effect change. According to student leaders, the events honored lives lost at the hands of police. #279StudentVoice pic.twitter.com/2zkff4IZxq

Osseo Area Schools took to Twitter to express their support for their students who participated in the peaceful walkouts. “In today’s student-led walkouts at each our three comprehensive high schools (and across Minnesota), our scholars were civically engaged and used their voices to effect change,” the tweet read. “According to student leaders, the events honored lives lost at the hands of police.”