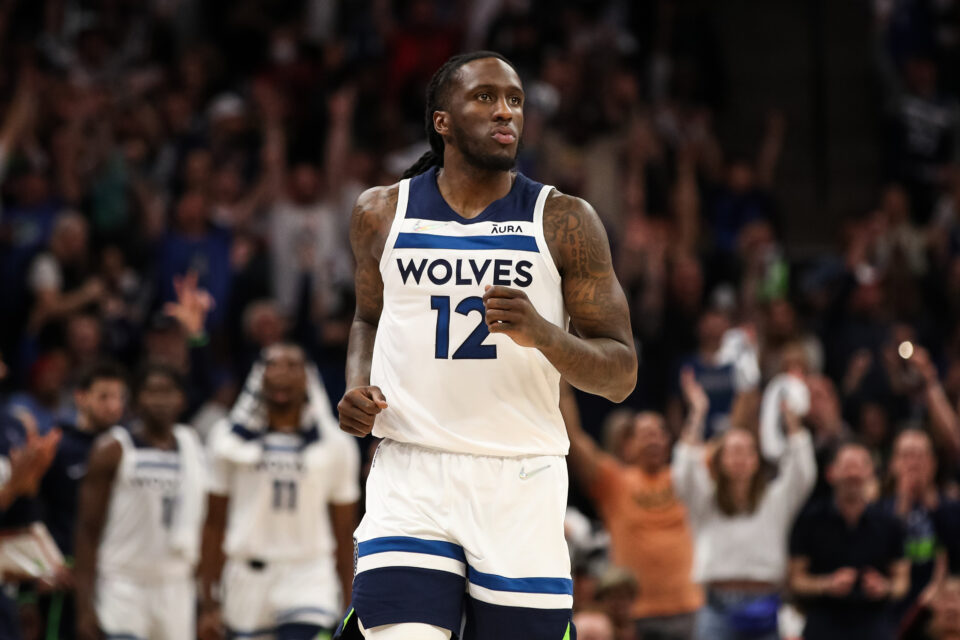 MINNEAPOLIS, MN - APRIL 23: Taurean Prince #12 of the Minnesota Timberwolves looks on after making a three-point basket against the Memphis Grizzlies in the second quarter of the game during Game Four of the Western Conference First Round at Target Center on April 23, 2022 in Minneapolis, Minnesota. The Timberwolves defeated the Grizzlies 119-118 to tie the series 2-2. NOTE TO USER: User expressly acknowledges and agrees that, by downloading and or using this Photograph, user is consenting to the terms and conditions of the Getty Images License Agreement. (Photo by David Berding/Getty Images)

ESPN reports that Minnesota Timberwolves forward Taurean Prince was arrested at Miami International Airport on Thursday for a fugitive out-of-state warrant he has on his record from a traffic stop in Texas.

Prince, 28, was pulled over for an expired registration in May. Upon search of the vehicle, police reportedly found two handguns, a vape pen containing THC, and a canister filled with marijuana.

At the time, the NBA player was charged with the unlawful carrying of a weapon, possession of marijuana, and possession of a controlled substance. Police say a warrant was only issued after the recent arrival of test results on the vape pen.

On Thursday night, Prince was booked at the Miami-Dade County Jail under his full name, Taurean Louis Waller-Prince, People reports. The pro athlete’s attorney, Kent Schaffer, says Prince was pulled over in Arlington, Texas, and “apparently in the last week and a half they issued a warrant for his arrest because they recovered 1/100th of an ounce of THC, which is probably the smallest amount you can have.”

Prince allegedly had no idea there was a warrant for his arrest and only found out about the warrant once he arrived at the airport.

“The only reason we knew was because he was going out of the country for vacation,” Schaffer said.” He was in the [Miami International] Airport and his name came up showing that there was a warrant and they took him into custody.”

Prince appeared for a court hearing on Friday. Once he learned about the warrant, Schaffer says he “immediately” tried to get in touch with prosecutors in Fort Worth, Texas, but was unsuccessful.

A spokesperson for the Arlington Police Department released a statement.

“Under Texas law, it’s illegal to carry a gun while engaging in a criminal offense. Because suspected illegal substances were found in his vehicle, we arrested Mr. Prince for Unlawful Carrying of a Weapon and Possession of Marijuana < 2oz .”