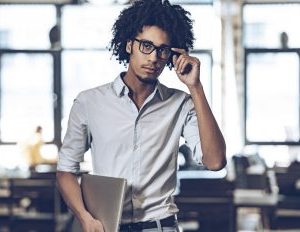 Minority-owned firms employ millions of workers and generate more than $1 trillion in economic output, revitalizing our communities and driving our growth. In recognition of the contributions of minority enterprises, Oct. 23 through Oct. 29, 2016, is Minority Enterprise Development Week (MED Week), which calls upon all Americans to celebrate with appropriate programs, ceremonies, and activities.

Celebrating the Contributions of Minority Businesses

Through the Minority Business Development Agency (MBDA), the Obama administration has led efforts to promote growth and competitiveness. Through BusinessUSA, the administration is helping more enterprises get information about federal contracts and connecting to resources to help develop and grow a business.

MBDA is gearing up for the MED Week conference in Washington, DC. The theme of this year’s conference is “Emerging Markets and Industries: A Blueprint for Success.â€ MED Week will also feature roundtables featuring CEOs from Hyatt Corp., Costco, MasTec, and Superior Communications. If you’re seeking to expand your business through mergers and acquisitions, MED Week will provide in-depth training sponsored by the Alliance of Merger and Acquisition Advisors, according to the MBDA. What’s more, if you’re pursuing opportunities in the automotive, aerospace, manufacturing, construction, utilities, and green economy, there will be informative, industry-specific workshops. For those interested in making a foray into foreign markets, the embassies of both Brazil and India–two countries with rapidly growing markets–will be hosting business-to-business networking events.

“We are helping streamline the process of starting a company and investing in entrepreneurship training and skill building for more Americans,â€ the president said in his proclamation announcement. “In today’s global economy, minority-owned businesses are essential to our country’s success. They are twice as likely as other businesses to export their goods and services, and I am working to encourage entrepreneurship and innovation through a smart trade agenda that will allow us to sell more goods, boost economic competitiveness, and help more of our entrepreneurs thrive,â€ the president added.

“Under President Obama’s leadership, America has moved from recession to recovery to expansion, and through it all, minority-owned firms have been integral to our nation’s success,” said U.S. Secretary of Commerce Penny Pritzker in a press statement. “MED Week gives us a chance to celebrate that success and to strategize with industry leaders about the future. At the Commerce Department, we remain committed to building on our recent gains and helping more entrepreneurs from minority communities compete in today’s global economy.”

Pritzker is attending the 2016 National Minority Supplier Development Council Conference and Business Opportunity Exchange in Chicago, which attracts more than 6,000 corporate CEOs, procurement executives, entrepreneurs, and supplier diversity professionals. The conference is held in conjunction with MED Week. Since 1983, every president has issued a Presidential Proclamation designating a National Minority Enterprise Development Week.