Minority children have fewer opportunities than their white counterparts to be healthy, get a quality education, and achieve economic success, according to a national survey of adults who work with young people.

“The results clearly establish that children and teenagers of color face significant disadvantages, many of which are the result of structural racism,â€ said Dr. Gail Christopher, vice president for programs at the Kellogg Foundation. She said the results demonstrate that an unlevel playing field exists for minority children and teenagers, a circumstance underscoring the disparities that people of color face in education achievement and job levels.

Education was a key focus of the survey. Specifically, respondents noted several circumstances that are bigger barriers for minority teenagers than whites in obtaining a high school diploma: 31% cited family financial problems, 25% cited unfair or inappropriate treatment by law enforcement, 22% cited inadequate academic support for vulnerable children, 21% cited a lack of counseling or mentoring about opportunities after high school, and 20% cited lower-quality teachers in some middle and high schools.

“These results are alarming because the inequities within a given community are so clearly visible to people who work with children and families,” said Matthew Davis, an associate professor at the University of Michigan Medical School, who directed the study. “Because they see firsthand the education and health opportunities for children in the communities where they work, they have a different perspective than parents or policymakers.â€

Researchers with C.S. Mott Children’s Hospital at the University of Michigan polled 2,028 adults from all 50 states and the District of Columbia, working as teachers, childcare providers, healthcare workers, social workers and law enforcement officials. Of the respondents, 71% were white, 12% African American, 7% Hispanic, 3% Asian American/Pacific Islander, and the remainder from other racial and ethnic groups.

The Kellogg Foundation plans to use the findings of the report as a baseline as to whether its initiative to address the impact of structural racism on communities is succeeding “at providing minority children and their families with more opportunities for better health, education and life outcomes.” 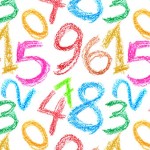 Numbers That Can Make or Break Your Personal Finances 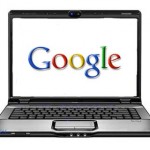 FacebookTwitterYoutube
← Numbers That Can Make or Break Your Personal Finances ← PHOTO GALLERY: Sorting Out Google
×
'