In the News: Minority Retirement Options May Dwindle with Deficit Cuts; MTV Promotes HIV/AIDS Awareness with iCondom and More 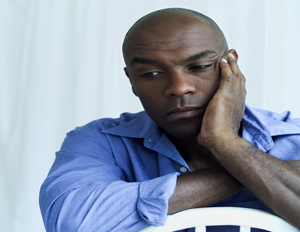 New research finds an appalling 20 to one chasm in net worth between white and black Americans, and an 18 to one gap between whites and Hispanics. The Pew Research Center found that the net worth gap has widened during the Great Recession, mainly because the housing bust disproportionately cut into the wealth of African-Americans and Hispanics.

The housing crash hurt these households disproportionately because they tended not to have much in the way of other assets, especially when it came to retirement savings. So, the Pew report – an analysis of the comprehensive U.S. Census Bureau Survey of Income and Program Participation for 2009–points to a terribly important social problem we face today — and the growing retirement security gap confronting minority households.

Americans don’t like the way President Obama or the top leaders in Congress are handling the negotiations to raise the debt ceiling, a new USA Today/Gallup Poll shows.

Four in 10 Americans approve of the way Obama is dealing with Congress in the high-stakes battle to raise the nation’s $14.3 trillion in borrowing authority, the poll shows.

Twitter users will start seeing ads in their timeline over the next few weeks. The company officially announced on Thursday that a new Promoted Tweets option will roll out with a number of advertisers.

MTV’s global youth HIV awareness and prevention campaign created by The Scarlett Mark teams up with iCondom, a free iPhone app that allows users to immediately pinpoint their nearest condom outlet at any time based on geo-location technology. The television ad campaign starts August 1, running in over 21 countries from Latin America to Finland, and ending in February 2012.

The app creates a global condom distribution map, which the charity hopes will prevent the spread of HIV and sexually transmitted infections. The map will include helpful prophylactic information that has been uploaded by other users, such as if a dispensing machine is out of order or a carrier is open 24 hours.

“An estimated 5 million 15 to 24 year olds are living with HIV and 2,500 young people are infected with HIV each day UNICEF 2011,â€ says Georgia Arnold, senior vice president, MTV Networks International and executive director of the Staying Alive Foundation. “We have partnered with iCondom with the ambition to make it easier for more people around the world to source condoms and reduce the transmission of HIV and STIs.â€

The app is currently only available on the iPhone and is offered via the Apple App Store. A percentage of money made from iCondom will go towards Staying Alive Foundation grants–awarded to young people working to prevent the spread of HIV in their local communities. To date, the foundation has awarded 304 grants (worth over $3 million) in 61 countries across the world.