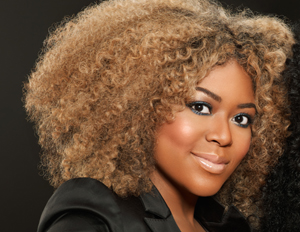 According to an obituary by NV Magazine, Branch passed away on Dec. 4, but there hasn’t been any confirmation from her family or medical professionals that she committed suicide. A family friend confided to The Washington Post that Branch, a graduate of the University of Maryland, had indeed died.

Miss Jessie’s was founded by Titi and her sister Miko. The duo ran a popular salon in New York City. The company was preparing to have their annual holiday party when it was abruptly canceled without notification. There have been subsequent tweets from Miko and the official Miss Jessie’s Twitter account, which pay tribute to the fallen entrepreneur.

Prep School Negro director and producer, Andre Robert Lee, posted a video tribute to Titi Branch set to Frankie Beverly and Maze’s “Before I Let Go.â€ The moving clip concluded with a shot of the funeral program from Branch’s wake. He also retweeted Miko’s short tribute to her sister. Miss Jessie’s was one of the first major hair care lines to be found in national chain stores like Target. The company, which followed the success of Lisa Price’s Carol’s Daughter, experienced explosive praise, and expanded into Wal-Mart and several drug store chains.

The beautiful and down-to-Earth Titi was instantly recognizable by friends and fans by her bountiful blonde curls. Founded in 1997, the sister opened up a salon in Brooklyn, which was dedicated to curly hair, and launched their product line, named for their grandmother, in 2004. Titi Branch told Ozy last December about the line’s emotional resonance, saying, “It’s just a hair product but to them it’s so much more. It has such an impact.â€

Check out social media responses to the news of her sudden passing on the next pages.