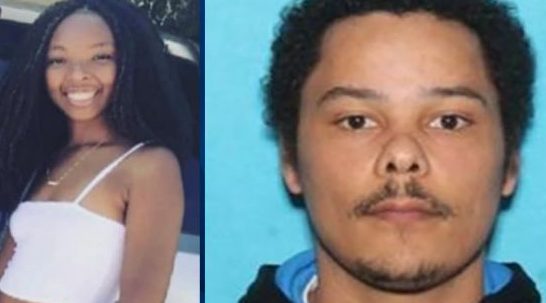 Police officials in Texas have issued an alert in the killing of a young woman last month whose remains were found last week on Friday.

The Houston Police Department announced that authorities have filed charges against a suspect wanted in the death of a woman at 8950 Chimney Rock Road last July 25.

The suspect, Jordan Potts, 26, has been charged with murder in the 338th State District Court. Potts is accused of killing Shawtyeria Waites, who was celebrating her 21st birthday when she was allegedly killed.

HPD Homicide Division Sergeant B. Roberts and Detective L. Lange have put out a statement regarding the incident.

“Ms. Waites was last seen by her friend on July 25, walking into an apartment complex at the above address. She was reported missing on July 27 and HPD Missing Persons Unit began investigating. On August 13, evidence of foul play was found regarding Waites disappearance and the case was assigned to the HPD Homicide Division. Witness statements and additional evidence determined Waites was dropped off at the Chimney Rock Road location to meet a male, later identified as Potts. Further investigation determined Waites was killed inside Potts’ apartment and subsequently transported from the location in the trunk of his vehicle.”

Last week, on Friday, Aug. 27, HPD homicide detectives discovered human remains in Brookshire with help from the Federal Bureau of Investigation (FBI). The physical evidence found indicated that those remains are those of the murder victim, Waites. The Harris County District Attorney’s Office has charged Potts in her death.

People reported that Waites was last seen alive at a Houston apartment complex on the night of July 25. Her friends had dropped her off at the complex to meet a man, supposedly Potts. Waites’ friend was unable to reach her after dropping her off.

Investigators obtained a search warrant of Potts’ apartment, where “significant physical evidence” of murder was discovered. Police officials believe Waites was killed the same night she went missing, and her body moved to the Brookshire area.

“I really want to offer heartfelt condolences to Shawtyeria Waites’ family,” Lt. W.L. Meeler of the Houston Police Department said. “Having your child, your loved one, taken away from you like this is unacceptable.”