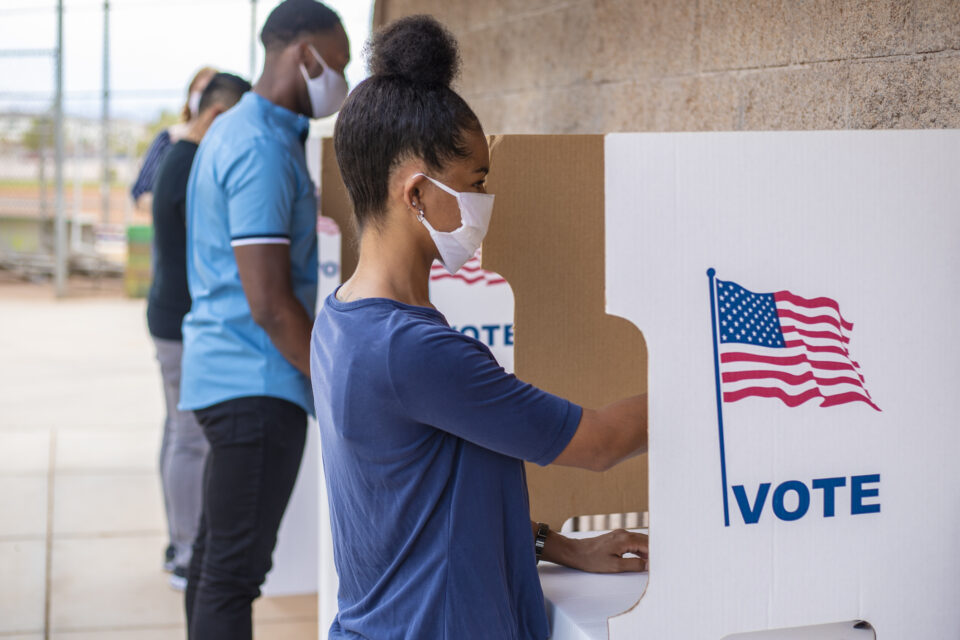 A Record number of Black candidates are running for office in this year's midterm elections. (iStock / Credit: LPETTET)

It has been more than 130 years since white Southern Democrats in Mississippi enacted racist plans as part of the Jim Crow law to suppress the Black vote.

As of 2020, Mississippi is carrying on the same model despite Blacks representing 36% of the state’s total voting-age population. Mississippi Today previously reported that 16%, including 130,000 of its Black residents, have been denied the right to vote because of felony convictions. This number brings the state to the third-highest percentage of disenfranchised Black residents of any state in the nation. That same year, more than 10% of the adult population was prohibited from casting a ballot.

A 2018 analysis by the news outlet found that 61% of Black Mississippians permanently lost their voting rights with no success in regaining that right in the past two years.

The history of felony disenfranchisement traces back to the founding of the nation. During the Civil War, numerous Southern states targeted Black males who had recently gained the right to vote. Policies were tailored to include literacy tests and poll tax requirements to exclude Blacks. At the time, political leaders in Mississippi called for disenfranchisement for offenses such as burglary, theft, and arson, committed by Blacks and not whites.

“Let’s tell the truth if it bursts the bottom of the universe,” said Solomon Saladin Calhoon, a white county judge and convention president, at the 1890 meeting where lawmakers worked on the new constitution. “We came here to exclude the Negro. Nothing short of this will answer.”

Gov. Tate Reeves has vetoed four bills from the 2022 Mississippi Legislative Session, including the one bill that would have “restored the right to vote for a narrow set of people who have had crimes expunged from their record by a judge,” according to The Center for Public Integrity.

“Felony disenfranchisement is an animating principle of the social contract at the heart of every great republic dating back to the founding of ancient Greece and Rome,” said Gov. Reeves in his veto statement. “In America, such laws date back to the colonies and the eventual founding of our Republic.”