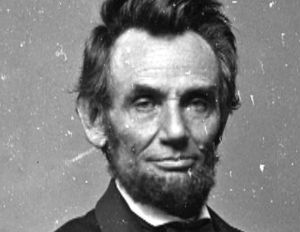 After what’s being seen as an “oversightâ€ by the state of Mississippi, the Southern territory has become the last state to consent to the 13th Amendment–officially abolishing slavery.

It’s been 150 years since Abraham Lincoln signed the Emancipation Proclamation–abolishing slavery in the United States–and 148 years since the 13th Amendment was passed, but somehow, the state of Mississippi failed to ratify the law, which states, “Section 1. Neither slavery nor involuntary servitude, except as a punishment for crime whereof the party shall have been duly convicted, shall exist within the United States, or any place subject to their jurisdiction. Section 2. Congress shall have power to enforce this article by appropriate legislation.â€

According to the New York Post, Mississippi resident and professor at the University of Mississippi Medical Center, Dr. Ranjan Batra, watched DreamWorks SKG’s film, Lincoln, and got to thinking.

“Batra returned home and started researching when each individual state ratified the 13th Amendment and was shocked to learn that Mississippi was the only state that had failed to do so,â€ reports the Post. “Apparently, state Senator Hillman Frazier introduced a resolution to ratify the amendment in 1995, which unanimously passed both the Mississippi Senate and House, only for the resolution to never become official because then-Secretary of State Dick Molpus never sent a copy of the resolution to the Office of the Federal Register.â€

In light of the former Secretary of State’s unintentional actions, the proper paperwork was finally submitted to the Office of the Federal Registrar on January 30. One week later, on February 7, the director of the Federal Register, Charles A. Barth, replied to the Southern state saying, “With this action, the State of Mississippi has ratified the 13th Amendment to the Constitution of the United States.â€