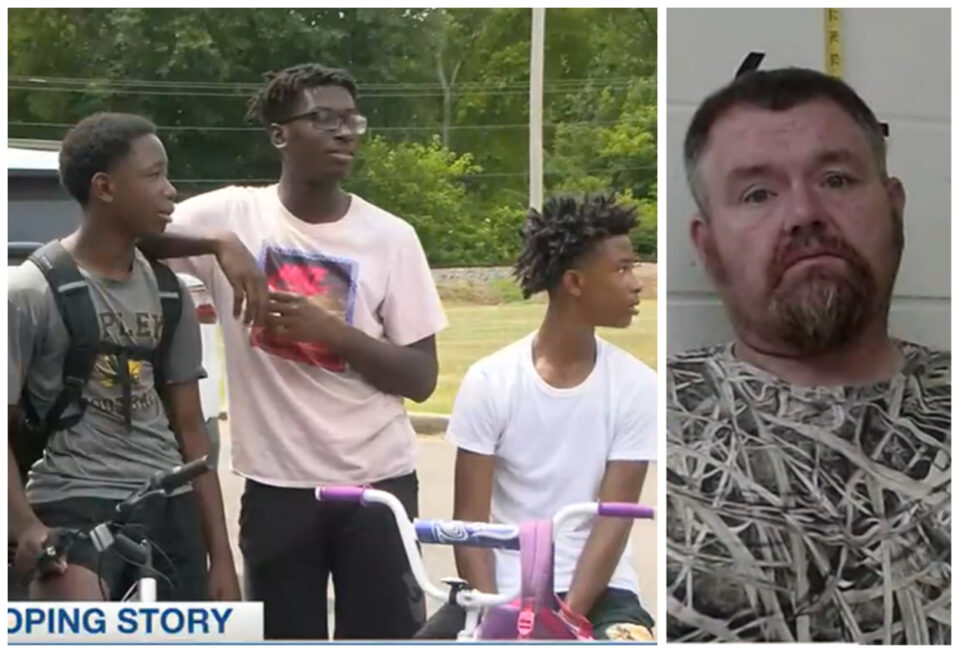 A Mississippi man has been charged with nine counts of simple assault -attempt by physical menace to create fear – after a video showed him allegedly attempting to run over nine Black teenagers riding bicycles, and calling them a racial slur.

As Tippah News reports, the incident took place Monday afternoon around 3 p.m. when a video by Mark Hall was posted via Snapchat.

The driver is heard saying, “Ahh hell, 50 points!” before he speeds up his car, driving through the group of teens. One of the teens told the local news outlet that another teen’s bike was clipped by Hall’s car. Hall can also be heard calling the kids the N-word as he passes them.

“I moved out the way just in time,” said 15-year-old Carmello Thomas, per Action News 5. “And then he just kept going and I saw him laugh.”

The outrage surrounding the incident came shortly after the original Snapchat video was later screen recorded and posted to Facebook.

A suspected white supremacist in Ripley Mississippi, named Mark Hall was arrested and charged with 9 counts of simple assault for trying to run over a group of Black children in his car, while referring to them as “n**ers”…

There should be federal hate crime charges on him pic.twitter.com/lHmBMQtkaX

In the wake of the incident, some parents filed charges, and dozens of people showed up to City Hall Tuesday morning to get some answers. Hall was put behind bars on Tuesday and booked into the Tippah County jail, but other charges, including hate crimes, could be added upon further investigation.

“If that is all he can be charged for, I guess I will be satisfied,” said parent Jimmy Brooks, whose two sons were among the group of bikers.

“But I am looking to see if there’s more because these are innocent kids on the streets playing, no business for a grown person to do something like that. I see no reason for that to happen at all.”