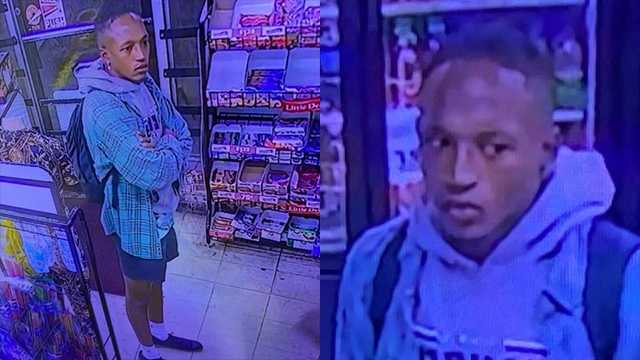 Mississippi authorities have arrested a suspect linked to multiple overnight fires across the capital city, including two historically Black churches.

The Jackson Police Department said they placed 23-year-old Devin McLaurin into custody after locating him near the Hinds and Copiah County line, WAPT-TV reported. The arrest came after seven fires were intentionally set early Tuesday morning in the area of Jackson State University, a historically Black public university.

The fires were reported at Greater Bethlehem Temple Church, Epiphany Lutheran Church, the JSU baseball field, a house on Pascagoula Street, a gas station on Terry Road, a structure at Central Street and Dalton and another structure at Terry and Cherry streets.

“I’ve been here for 30 years. This is a major occurrence,” Patrick Armon, assistant fire chief for the Jackson Fire Department, told the news outlet.

“This is not something we normally go to. We have about a third of our department on sites.”

Reports of several fires began around 2:45 a.m. Officials said six of the seven fires were put out by 6 a.m., except for Epiphany Lutheran Church, which burned for more than four hours. The establishment is one of the oldest predominately Black Lutheran churches in the state.

“This was like a home church, and it brought families together,” said a member of Epiphany Lutheran Church, per WAPT-TV. “It educated us. This was like a village, and I just hate that this village has been destroyed. But it’s going to move on.”

“We can’t always understand why people do evil, but we know that it’s our job. It’s our job to overcome evil with good. That’s why we’re committed to continue to help this community,” Ricks told the outlet.

McLaurin is facing felony malicious mischief charges, and may face additional charges as the FBI investigation continues, USA Today reported. No motives have been announced.