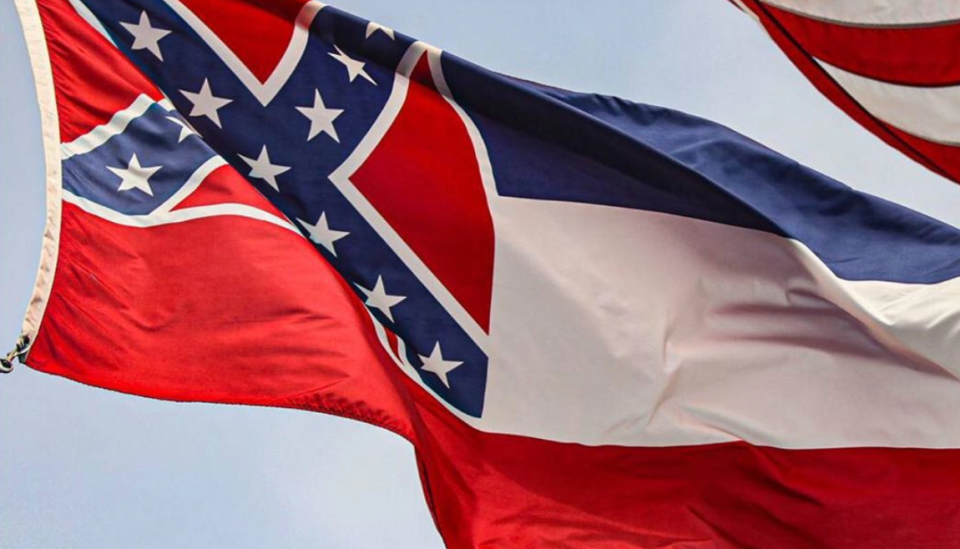 There have been ongoing debates over the Confederate flag as critics argue that the flag is a symbol of hate and a reminder of the South’s ties to slavery. This week, the Mississippi state legislature passed a historic vote to remove the Confederate symbol from its state flag. The state is the only one to still feature the image on its flag.

The bill was passed with a 91-23 vote from the state House and a 37-14 vote from state Senate. It will now go on to Mississippi Republican Gov. Tate Reeves, who, according to CNN, has already confirmed he would sign it into law. The flag, first adopted in 1894, has red, white, and blue stripes with the Confederate battle emblem in the corner. These changes come in light of the conversations around race relations within the United States and the recent murders of George Floyd, Breonna Taylor, and others due to police brutality.
The bill also creates a new commission for a new flag design without the Confederate emblem including the phrase “In God, We Trust” where Mississippi residents would then be able to vote on the new design this coming November.
Many have called the vote a huge victory toward removing symbols of the Confederacy from around the country, expressing their support for the bill on social media.

I thank my colleagues, constituents and the activists who fought so hard to bring about this historic moment. I thank those who came before us, who with courage and resolve nurtured the Civil Rights Movement that helped bring us to this day. What a beautiful moment of unity.

Despite many who are celebrating the victory of the historic vote, others are against the decision. Bertram Hayes-Davis, the great-great-grandson of Jefferson Davis, the president of the Confederate States from 1861 to 1865 voiced his frustration on a recent news segment in support of the change.

“It is historic and heritage-related, there are a lot of people who look at it that way, and God bless them for that heritage,” Davis told CNN’s Ana Cabrera on Newsroom” Saturday. “So put it in a museum and honor it there or put it in your house, but the flag of Mississippi should represent the entire population, and I am thrilled that we’re finally going to make that change.”