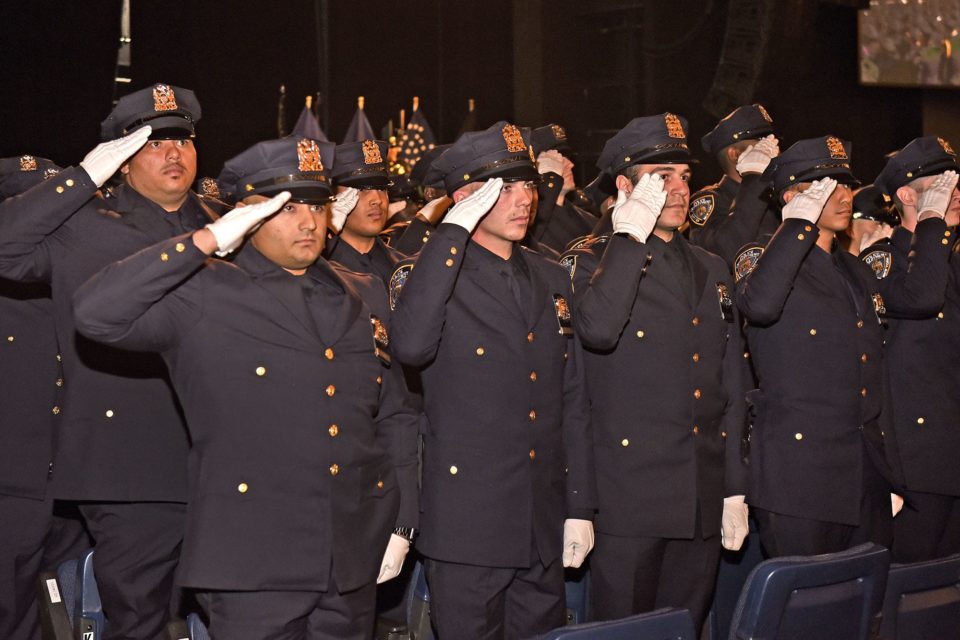 Police Academy at the NYPD salute during their graduation ceremony. (Twitter/NYPost)

Hill told KRCG-CBS he wanted to start an academy to increase the minority footprint in law enforcement agencies, but to have it happen at an HBCU was not part of the plan.

“We’re thinking they’re doing this all over the country, they’re not, we were the first,” Hill said.

I’m at the Missouri River Regional Library where Lincoln University Police Chief Gary Hill is giving a talk on his police academy, the first one on an HBCU campus. @KRCG13 pic.twitter.com/yNlzUlyiYN

According to Hill, the lack of inclusivity and the negative perception of police is why many law enforcement agencies struggle to gw]et or lose diverse candidates. Hill believed in his idea, but felt the Defund The Police movement last summer would keep those interested from coming.

However, 27 students applied to the Lincoln University academy according to Time Magazine. Of the 27 students, 14 were excluded due to financial or background check issues and another two dropped out due to personal reasons.

Jackson County Sheriff Darryl Forte said he was thrilled to learn about the academy at Lincoln University.

“It’s very significant,” Forte told the Kansas City Star. “I believe it is going to give law enforcement in this area a much broader pool of applicants, and I applaud whoever put this together. It is going to allow some minorities to pursue law enforcement who otherwise might not have. I hope that law enforcement leaders take advantage of it. I plan to recruit at Lincoln, I can tell you that.”