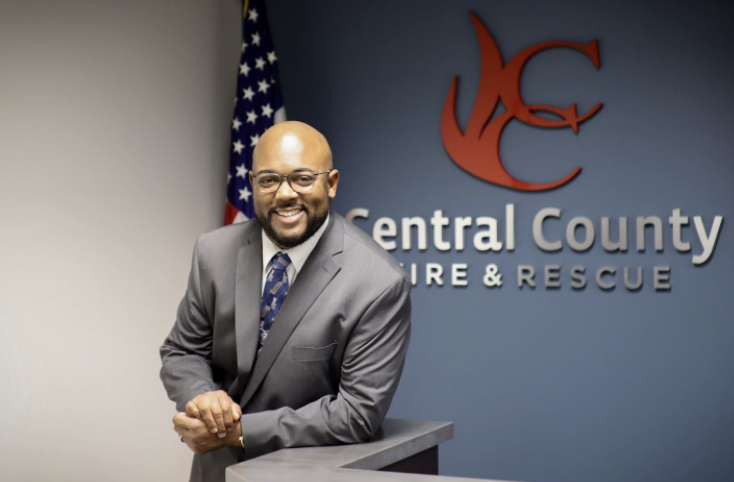 According to his widow, a Missouri man tragically died in a hospital parking lot after physicians denied him treatment earlier this month.

KMOV Channel 4 reported that David Alexander Bell experienced severe chest pains and was taken to Barnes-Jewish Hospital in St. Peters during the week of Jan. 8. His wife Sadie Bell told the news channel that employees refused to admit the beloved father and husband on two separate occasions, only offering the man ibuprofen before sending him on his way.

“I felt like what he was going through was urgent, and I thought that’s what emergency rooms are for,” Bell told KMOV.

Her husband returned to his duties as the director of Central County Fire and Rescue (CCFR) but was rushed back to the same hospital by his coworkers after going into crisis. This time the man had difficulty breathing.

When his wife called his employer, someone notified her that he had been taken to Barnes-Jewish Hospital a third time.

“I called his fireman because one of his firemen took him, I said, ‘Which hospital did you take him to?’ he said, ‘I went on and took him back to Barnes-Jewish because I know that’s where you all had been going.’

“I said, ‘Oh, I just wish you wouldn’t have took him there,’” she continued.

Bell raced to the hospital in a panic. She found him sitting in a wheelchair in the parking lot.

Although she pled with doctors to admit and treat her husband, they dismissed his wife, saying, “he’s already been here twice for the same thing, and we’ve already diagnosed him.’”

As she wheeled her husband back to the car, the 39-year-old man took his final breath.

“I don’t know what they thought, and I just don’t understand why they wouldn’t help him,” she told KMOV. “I don’t want any family to feel what we’re feeling right now.”

According to KMOV, the hospital did not comment on Bell’s death but did offer condolences.

“Our thoughts are with the family after this loss, as well as with the entire Central County Fire and Rescue team,” the hospital said.

On Jan. 19, Central County Fire and Rescue released a statement on its Facebook page regarding the tragic loss of their beloved leader and colleague.

“It is with profound sadness and the heaviest of hearts that we announce the passing of Central County Fire & Rescue Board Director David Bell,” the message read. “David leaves behind a wife, three young children, and a host of family and friends who will miss him dearly, including the entire CCFR family.”

“David, you led our CCFR family through some very challenging and difficult times these past three years, and you certainly succeeded in supporting us…in more ways than we could ever begin to list out here. We are all better for having known and worked with you to support and protect our community. We overcame some tremendous challenges and accomplished some amazing things under your leadership. The legacy you’ve left behind has undoubtedly made our community safer and better for having you at the helm for the past three years.”

“David, we will miss your smile and the positive presence you brought to any room. We know that your faith in God was an integral part of your life. Rest in peace, friend,” the message concluded.

LaDonna Freeman launched a GoFund Me fundraiser for $15,000 on behalf of Mrs. Bell to cover funeral expenses. The total donations earned from strangers and friends alike almost tripled the requested amount.

Funeral services for the devoted father of three were held on Jan. 23 at Austin Layne Mortuary.