Misty Copeland’s Secret Weapon is a Woman of Power, Too 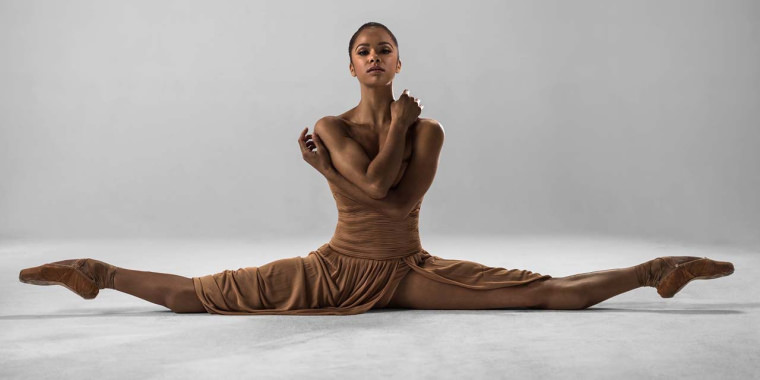 Misty. It’s one of those names in modern culture that everybody knows, no surname required. Like Serena. Beyoncé. Oprah.

The ballerina’s stunningly lithe and powerful image has graced billboards and Barbie dolls and five books (and counting). And, of course, magazine covers, including TIME, which in 2015 named her one of the 100 most influential people in the world.

That was the year she made history as the first African American woman to be promoted to principal dancer in the American Ballet Theater (ABT).

However, unlike her sister-superstars in sports, music, and broadcast, Misty Copeland is known throughout the world even though most people are unlikely to actually see her perform. Ballet remains an expensive ticket with a mostly white, female audience, and it is rarely televised.

Misty’s fans know she is a dancer, but what has them captivated is the power of her hard-knock-life story and a masterful brand beyond ballet that has been created by another gifted black woman who remains squarely in the wings: Gilda Squire.

A former Harper Collins book publicist who cut her teeth in communications at Wall Street’s Goldman Sachs, Squire left corporate America to open her own PR firm in Harlem in 2008.

She first heard about Copeland at a New Year’s Eve party at the home of Vernon Ross, in 2010. Ross, who was manager of the men’s costume department at the American Ballet Theater, was talking about this dance prodigy who took her first ballet class at a Boys and Girls Club at the age of 13—ancient for a beginning dancer—and had recently wowed crowds, dancing en pointe atop Prince’s piano at Madison Square Garden.

Squire was dumbfounded. “I had never heard of Misty, and neither had almost anybody else there.”

It was the year of the blockbuster movie, Black Swan, and Squire couldn’t shake the idea that there was a real black ballerina rising at ABT in near obscurity. She decided to offer Copeland three months of her services, gratis, as a new year’s do-gooder deed.

“I just felt like, she’s there in this company, trying to tear down barriers all by herself,” Squire said. “We need to help her.”

The two met and clicked, and Squire booked Copeland to speak in diverse spaces where her image and story would have a lasting impact, including with children at schools and community centers. Misty was empowered by the work and the hope of bringing more diverse talent and audiences to ballet.

Getting major press to pay attention was harder than Squire expected. She had to call in personal favors, but when New York magazine did a feature, she knew they had broken through. After that, her phone started ringing with requests and Copeland, the ballerina, began to become Misty, the brand.

When the three months were up, Copeland asked Squire to continue, not just as her publicist, but as her manager. “After seeing what she did just in a couple of months, I was like, `For sure she could manage me.’” says Copeland.  “I had never been taken care of in that way, and had someone really understand my mission, and refine it.”

Squire, who had never managed anyone, declined. “You look at this person who is so accomplished and so strong and so smart, and you think, `What if I screw this up?’”

There was an additional barrier that she didn’t mention to Copeland. “It’s unprecedented for a black woman to walk ahead of her into the room and say, “This is Misty Copeland.” Squire says, “I’ve always been able to do whatever I put my mind to. That’s just the way my parents raised me. But I’m very clear about how we are seen, and, as a black woman, if the door isn’t opening for me, I can’t walk through it, and I can’t certainly get her through it. That was a concern.”

Squire overcame her doubts and their collaboration became like nothing the dance—or business world—had ever seen.

Starting with a national ad campaign for Diet Dr. Pepper in 2012, Squire’s vision quickly came to include endorsements with Oikos yogurt, watchmaker Seiko USA, and Under Armour, whose unforgettable ads enabled Copeland to transcend the passive delicacy of ballet and be appreciated as a powerful woman and athlete, gaining her an audience, and income, that nothing before it had. And there’s no end in sight.

Their partnership remains little known, but its results have changed both of their lives and inspired others to expand their own sense of possibility. Copeland says young women of color looking to enter careers where they will be isolated like she was, should “surround themselves with people who are going to be there to love and support them, that are going to be there to champion them and cheer them on, especially on those days when they feel like they can’t make it.”

Squire serves that role for Misty. And part of the beauty of this sister-pact is that Misty does that for Squire too.

Gilda Squire is one of the featured speakers at the 2018 Women of Power Summit.