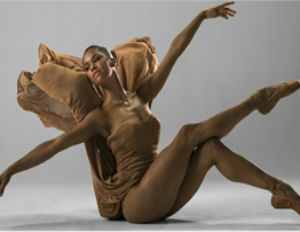 Ballerina, Misty Copeland, was promoted on Tuesday by American Ballet Theater, becoming the first African American female principal dancer in the company’s 75-year history, according to the New York Times.

Her promotion came after more than 14 years with the company, nearly eight as a soloist, but her recent fame hasn’t hurt either. As a dancer Copeland has landed major roles in, what some would call, non-traditional spaces. Her inspiring feature in Under Armour’s ‘I Will What I Want’ campaign inspired women across the country, and shined light on ballet as a sport.

The Times reports onÂ Copeland’s other accomplishments this year, such as her appearance on the cover of Time magazine, her being profiled by 60 Minutes, and her presenting of a Tony Award on this year’s telecast. She has also written a memoir, a children’s book, and has more than a half a million followers on Instagram. Additionally, an online ad she made for Under Armour has been viewed more than 8 million times, and she is the subject of a documentary screened this year at the Tribeca Film Festival.

In the past, Copeland has been pretty open about race in ballet and the significance of her position in elite dance companies.

“My fears are that it could be another two decades before another black woman is in the position that I hold with an elite ballet company,â€ she wrote in her memoir,Â Life in Motion: An Unlikely Ballerina, published last year. “That if I don’t rise to principal, people will feel I have failed them.â€

In ballet, principal dancers earn, not only the respect of the dance world, they’re also paid more, are given bigger dance roles, and see their photos in programs; in which their names appear in larger type. Ms. Copeland, 32, has danced leading roles with Ballet Theater, drawing large, diverse, enthusiastic crowds to cheer her on at the Metropolitan Opera house, the Brooklyn Academy of Music, and the David H. Koch Theater at Lincoln Center. Recently, she starred in Swan Lake with Ballet Theater – becoming the first African-American to do so with the company at the Met, according to the Times.