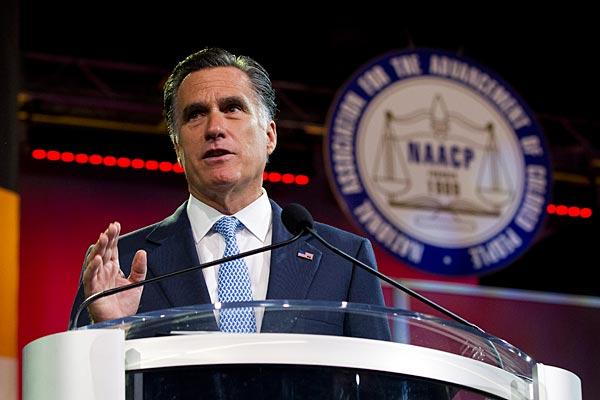 It appears Republican presidential nominee Mitt Romney is not giving up on the black vote just yet. In a press release, the Romney campaign announced that it has formed a Black Leadership Council, comprised of African-American leaders who will advise the former Massachusetts governor on issues that most affect black American communities.

“I am proud to have the endorsements of so many leaders in the black community,â€ Mitt Romney said in a press statement. “They know all too well that the economic downturn that has continued to hammer our country has been even more devastating for black Americans. Together, we will work to end that downturn, and we will not rest until all Americans have the jobs they need, the quality education they are owed, and the opportunities they deserve.â€

U.S. representatives Tim Scott (R-SC) and Allen West (R-Fla.), and Florida Lt. Governor Jennifer Carroll will serve as the national council chairs, while other leaders within the Republican party, such as Utah congressional candidate Mia Love and former congressman Artur Davis, will be advisory council members. This isn’t Romney’s first attempt at the courting the black vote. A couple of months back, Romney appeared before the NAACP at its national convention where he was met with boos from the crowd when discussing his proposed policies on public assistance programs. The Republican party has long struggled to acquire a diverse facelift, as it has received much flack for its seemingly white-majority make up.