Mitt Romney: 'It Kills Me Not to Be in the White House' 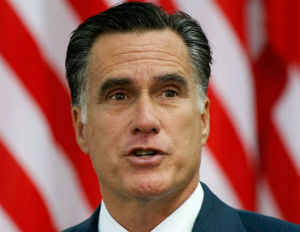 “It kills me not to be there, not to be in the White House,â€ Romney said.

His wife, Ann, who sat next to him, agreed. “I’m like a she-lion when it comes to defending him,â€ she said. “And I mourn the fact that he’s not there.â€ Of the defeat, she added: “We were a little blindsided.â€

Mitt added. “I lost my election because of my campaign, not because of what anyone else did,â€ he said.

Romney suggested in the interview that his fellow conservatives not underestimate the influence ofÂ  “low-income and minority voters.”