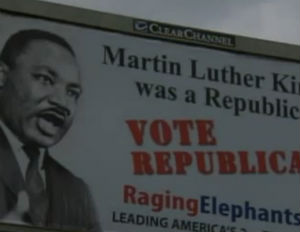 A billboard recently erected in Dallas, Texas has sparked outrage amongst the area’s black community.

While Kamau-Imani claims the billboard portrays the civil rights icon accurately, many disagree.