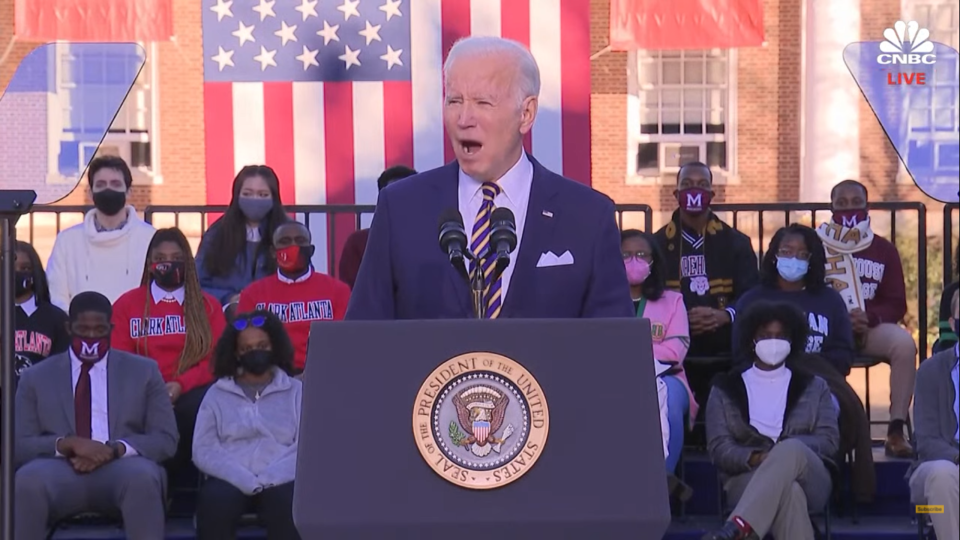 Martin Luther King III, the eldest son of the civil rights legend, and his wife, Arndrea Waters King, acknowledged it was a “difficult decision” for them to attend President Joe Biden’s speech on voting rights.

Biden, along with Vice President Kamala Harris, gave a speech in Atlanta on the importance of voting rights legislation Tuesday. However, several prominent voting rights groups skipped the event, calling Biden and Harris words nothing more than lip service. Andrea Waters King told MSNBC that she understood the frustration of those groups.

“We certainly understand the frustration of our local partners here in Georgia,” Arndrea Waters King told MSNBC in an interview. “It’s been a long year of a lot of things not being done, and we stand and we share that frustration.”

Others also believe the country is past the time for speeches. Nineteen states have passed election restriction bills cutting access to absentee ballots, early voting, drop boxes, and even food, water, and restroom services for those waiting in line to vote.

Even Stacey Abrams, who is running for Georgia governor for a second time and is largely credited with President Biden winning the state of Georgia, skipped the event, although she said it was due to her schedule. Abrams’ spokesperson Seth Bringman said she voiced her support for the event.

King III said he was disappointed by the lack of action from the Biden administration concerning voting rights legislation and how they seemingly did nothing as other states added significant restrictions to voting.

“I don’t even understand how anybody would be against expanding and protecting the right to vote and preserving democracy,” Martin Luther King III said. “It’s a very sad position…where we are right now. And absolutely, I think that a lot of this should have already been done.”

Biden spokeswoman Jen Psaki told reporters she and the Biden administration understand the frustrations of many organizations and Tuesday’s speech is the opening salvo in the right direction.

“It is not that we don’t understand the frustration. We do,” Psaki said. “We want Congress to pass this legislation, as well. The president is going to make a very clear case that today is a day, right now is a moment where people will look in the history books and see where you stood.…And I think that’s something [that] probably the King family would agree with.”