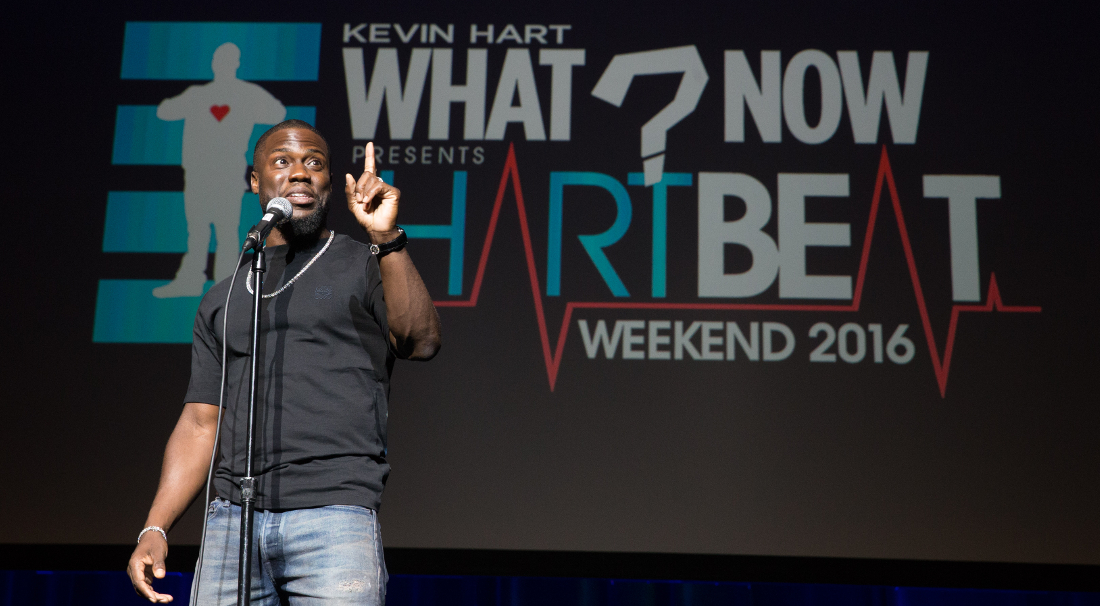 “Tonight, we kicked it off with a bang,” said Hart.

Following an advanced movie screening of Hart’s new action stand-up comedy What Now? (in theaters October 14), guests were invited to an after-party at Marquee Nightclub, which featured a special live performance by Travis Scott.

Special guest O.T. Genasis kicked off the outdoor concert, followed by a high-energy performance by hip-hop legend Busta Rhymes. Hart then took to the stage to introduce Macklemore  and Ryan Lewis. Fans sang and danced along as the duo performed a number of their smash hits—including “Thrift Shop,” “Same Love,” “Can’t Hold Us,” and “Downtown.” During the duo’s electrifying set, Macklemore crowd surfed and later called participants up to the stage to battle in a dance off. Hart squared up against a fan and showed off his best moves as the crowd broke out into a roar.

Hart closed the show with a celebratory Snapchat video, in which he thanked his fans and The Cosmopolitan for an incredible and successful HartBeat Weekend.