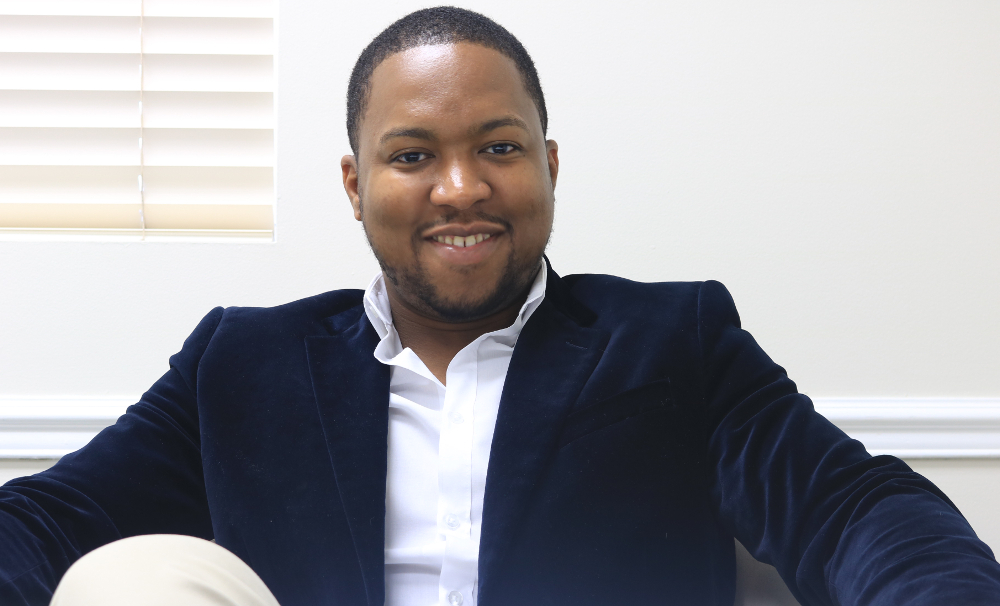 Social media has opened a door for the championing of men of color to be taken out of mainstream media’s control, and placed in our own hands to distribute.

“We now have more effective outlets to be more expressive, show our accomplishments and be more vocal with more opportunities to continue to do really dope shit.”

Never sacrificing talent for hard work, Kay had a decision to make after experiencing a major set back during the early stages of Sociallybuzz’s growth.

“I hired an outside engineer to build out the platform,” Kay tells BE Modern Man. After 3 months, he disappeared with my money and my codes. I was down thousands of dollars and had nothing to show for it. I was stuck at a two-way street deciding to quit and continue trying to find a job, or keep going. I kept going and pivoted Sociallybuzz to a human-powered social-media and tech agency. That essentially became my greatest decision.”

Staying true to his vision, Kay believes it’s great to have a platform like BE Modern Man to show the upcoming generation that there are options in life.

“BE Modern Men gives it the cool factor to be who you want to be, outside of just being a musician or an athlete. It’s also cool to be a scientist, an engineer or a marketer. Most importantly, it’s cool to dream big and have audacious goals.”

Once a promising executive in the finance industry, Kay didn’t blame society for the doors that were closed on him. Instead, he stayed true to his vision and pursued his why.

“My narrative is to show that nothing is promised, no one owes you anything, and you’re going to have to prove yourself.”

Kay never set out to be a change-maker, he became one.

“Being a BE Modern Man means being the face of the change-makers in our community. Our responsibility is to seek out, advise and mentor our kids. This quote from Kevin Spacey explains it best. ‘If you’re lucky enough to do well, it’s your responsibility to send the elevator back down’.”

The BlackEnterprise.com team congratulates Andre Kay on staying true to his vision for himself and becoming a successful entrepreneur. We look forward to seeing the growth of Sociallybuzz, and the continued impact Kay makes in the community and the world.