President Trump is still hanging on to the threads of election fraud in his refusal to concede the election and, as part of the effort, is soliciting donations from supporters, but some of those donations are being used to pay off debt.

Trump and his administration are still accepting campaign donations for an “election defense fund” designed to “defend the integrity” of the election. However, CBS News reported Monday that the fine print says that at least half of every donation will go toward paying off the campaign’s debts.

According to CBS, half of all donations specifically to the Trump campaign will go toward paying the campaign’s debt off. The other half will go into the campaign’s recount account.

Additionally, 60% of each donation made to the Trump campaign’s joint fundraising committee with the Republican National Committee will be deposited into the campaign’s general election account for retirement of debt. The remaining 40% will go to the Republican National Committee’s Operating account and, if there is any money left over, it will go to the RNC’s Proceedings or Headquarters accounts.

Since he fell behind President-elect Joe Biden in the election count, Trump has acted in typical fashion, filing a bevy of frivolous lawsuits, most of which have been dismissed and pointing fingers for his losses.

He has also refused to concede the election, as his supporters in different locations this weekend held rallies outside of ballot counting locations chanting both “stop the count” and “count the votes.”

Trump himself has stayed out of the spotlight, sending his personal lawyer Rudy Giuliani and his sons Don Jr. and Eric Trump to argue his refusal to concede and his false claims that Biden and the Democrats are stealing the election.

Even those in the campaign are starting to run. According to CNN, Trump staffers are officially employed until Nov. 15 but have received no indication their contracts will be extended, leading many of them to look for new jobs. CNN added an assistant to Trump’s campaign manager Bill Stepien yelled at a staffer for printing their resume in the office. 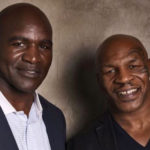 Mike Tyson On Fighting Evander Holyfield A Third Time: ‘I’d Love to Do It’ 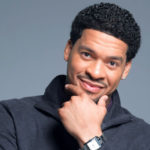