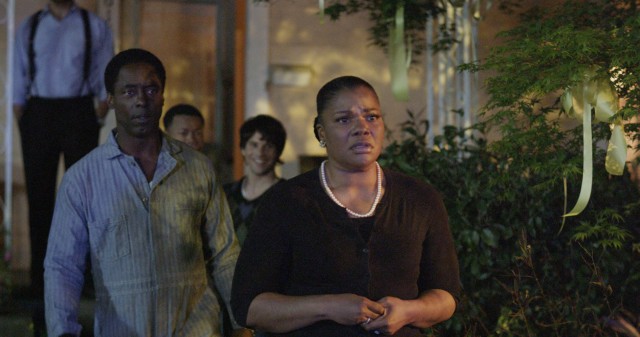 After a long hiatus from movies, Mo’Nique is back, along with Isaiah Washington, in the indie drama “Blackbird.” The Oscar-winning actress hasn’t appeared in a film since her debut in “Precious” (2009). Mo’Nique and her husband, Sidney Hicks, also are executive producers on the film through their company Hicks Media.

Written and directed by Patrik-Ian Polk, the film centers on a talented teenage singer who’s struggling with religion, sexuality, a troubled home life and other high school woes in a small Southern Baptist town, a journey that ultimately leads to him learning to accept and love who he is. Washington plays the sympathetic father of the teen and Mo’Nique plays his judgmental religious mother.

“Washington was always my first choice to play the father. I reached out to him and he said yes. He and Mo’nique share an attorney. So, it was Isaiah’s ideal to cast Mo’Nique,â€ says Polk. Washington also signed on as a producer.

“Since Mo’Nique won the Oscar, we have received numerous scripts, but nothing captured our attention until Isaiah, who we haveÂ a high level of respect for, sent us “Blackbird,” explains Hicks. “We became instant fansÂ of Patrik-Ian Polk and knew we had to get behind this important film.”

Washington’s run on”Grey’s Anatomy” ended when he got caught up in a scandal in which cast mates said had used a homophobic slur. “You have an amazing actor who suddenly gets reduced to this one incident. Ultimately it wasn’t about what people thought it was about,â€ says Polk in his defense. “We have heard celebrities use a gay slur but not mean it in a homophobic way.â€

Polk points to the fact that years ago when it was not popular he played a gay character, Washington did so in the Spike Lee film “Get On The Bus.” “It is unfortunate the idea that he was a raging homophobe was out there because it just is not true. He read the script, he loved it, and he connected with the character. He is not trying to make amends. It is not his redemption song. There was never any question about his [involvement],â€ asserts Polk.

“Blackbird” is an adaptation of authorÂ Larry Duplechan’s coming-of-age novel. Polk’s screenplay has been sitting on the shelf for almost 25 years until a friend informed him that there was a producer with money looking for a film project. Polk soon joined Carol Ann Shine with Keith Brown as “Blackbird’s” producers. The original setting was Southern California during the ’70s but Polk changed the film’s backdrop to his hometown of Hattiesburg, Mississippi in present day.

The film was recently screened at ABFF in New York as the producers continue to seek out theatrical distribution. ABFF Founder Jeff Friday says his hope is to get those films screened at ABFF acquired by major networks and Hollywood studios. He cites Ryan Coogler’s 2013 film “Fruitville Station” as an example of an ABFF success story.