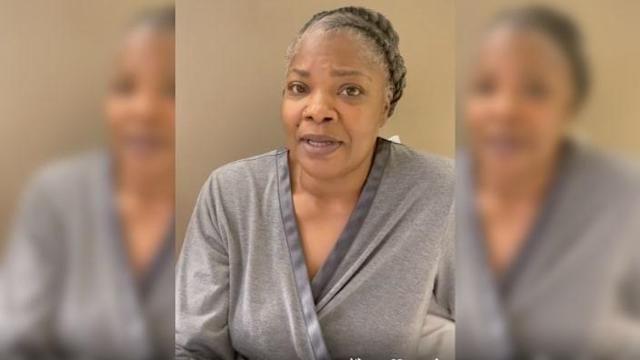 Actress Mo’Nique went viral over the weekend after she took to Instagram to shame Black women out of wearing bonnets and pajamas out in public.

The Oscar-winning actress was ironically wearing a gray bathrobe as she explained how taken aback she was during a recent trip from Atlanta to Mississippi where she saw Black women wearing bonnets, slippers, pajamas, and blankets at the airport.

“Represent Yourself With Pride. Hey my sweet babies! Show YOURSELF that you deserve the best for YOURSELF! I LOVE US 4 REAL,’ she captioned the video post.

In the video, she told her one million followers as an “auntie” in Black Hollywood, “there are times that auntie has to talk to her babies and say some real sh*t.”

She explained what she had seen during her travels. “I’ve been seeing it not just at the airport. I’ve been seeing it at the store, at the mall … ” Mo’Nique said, as captured by Yahoo News. “When did we lose our pride in representing ourselves? When did we slip away of let me make sure I’m presentable when I leave my home?”

She noted that women don’t always have to wear a “full face of makeup” or a lacefront when out in public. But she asked women to at least, “comb your hair?”

“I’m not saying you don’t have pride but the representation that you’re showing someone will have to ask you to know if you have it,” Mo’Niqu added. “It’s not to get a man…it is just your representation of you, my sweet babies.”

She ended her message with a “warning,” telling the young “queens in training” that if she sees them “in the streets, in the airports, in the Walmart and you got a bonnet on and you got slippers on and you looking like what the f*ck.”

It didn’t take too long for Mo’Nique’s message to stir up a debate on social media with many speaking out for or against her stance. Rapper Tokyo Vanity hopped into The Shaderoom’s comments and asked the critics to just mind their business.

“Ya’ll aggravating me with the airport judgment if you don’t like bonnets in public don’t wear one,” she said.

“A woman in a bonnet in public with a wife beater and those rubber shower shoes with a fresh pedicure,” he wrote with the heart eyes emoji.

It looks like it’s to each their own. Just be careful wearing that bonnet around Auntie Mo’Nique.