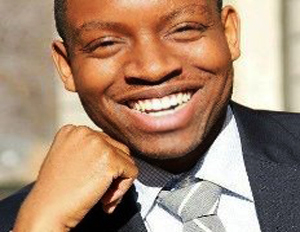 “Why can’t I get healthier options that taste good?â€

That’s the burning question that drove LaForce Baker to create his healthy catering company, Moon Meals, which has been serving the downtown Chicago area with lunch and late-night (11 a.m. to 2 a.m.) deliveries since 2012.

Often finding himself working late hours at his corporate job, Baker —both a foodie and a marathoner—became increasingly frustrated that the only late-night food options available were “pizza and unhealthy Chinese food.â€ Yearning for tasty, healthy food options and having found a gaping void in the marketplace, Baker was inspired to solve the problem. He wanted to create a company that could cater to the needs of time-crunched working professionals by offering healthy options without sacrificing taste.

Just three months after coming up with the idea for Moon Meals, Baker decided to leave his job at a global corporate marketing agency to run his own business full time.

But he’ll admit, he’s no Mark Zuckerberg or any other storybook upstart entrepreneur privileged with the gift of built-in capital.

“I didn’t have a rich uncle. Both my parents were working-class,â€ he says.

So, how was he able to make the leap, in only three months, no less?

Baker tells me he had two things going for him: a researched business plan (which included counsel from a trusted advisory board); and healthy financial habits.

“I’ve always been a saver,” Baker says, “but I really started saving during my last few months at my job. I don’t think I spent any of my paycheck the last three months.â€