Moovn, A Black-Owned Version of Uber, is Making Strides Despite Challenges 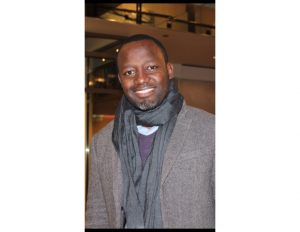 Uber and Lyft dominate the ride-sharing space. That fact doesn’t stop other startups from trying to vie for a piece of the ride-booking market. Especially when Uber is embroiled in what seems to be an almost constant controversy over a company culture that is allegedly steeped in sexual harassment complaints; racist practices by drivers; and more unbecoming behavior.

Moovn is one such startup that has the distinction of being black-owned. Godwin Gabriel launched the company in 2014. The service has expanded from seven to 18 cities worldwide and has attracted the attention of media including Essence, Huffington Post, GeekWire, and more.

Despite that exposure, getting investors continues to be a challenge for Gabriel who bootstrapped most of Moovn. “I’ve only had one investor. A lot of what we’ve built [is] based on savings. There’s not been a lot of interest from mainstream funders. I think what I find very strange, at this juncture, at this particular space and growth, you would think that people would just be pouring funding into our business, but not at all,â€ says Gabriel.

“We are already revenue-generating; we have an amazing product and an amazing message to promote as well–the investors, they want more for less or [don’t] even want to touch us. That is not our progression, quite honestly. Lack of funding channels for black business, particularly in the tech space, it is truly a problem and it hinders a lot of young black entrepreneurs,â€ he says.

That disinterest from investors comes despite ways Moovn has separated itself from Uber and Lyft. First, Moovn drivers are better compensated. They get to keep 85% of their fares, plus tips. Moovn takes 15% commission.

Uber drivers keep 75% of the fare and Uber retains 25% commission. Lyft drivers keep 25% of fares (and charge an extra 11.4% to drivers in New York to satisfy regulations.)

Moovn also does not engage in surge pricing. “Our prices are very relevant to standard market pricing. People hate surge pricing–it doesn’t justify it regardless of peak time and demand,â€ says Gabriel.

As someone born in Tanzania, Gabriel also addresses the need for transportation in countries where many may not own cars or have little access to transportation.

“As we go to emerging markets, we localize our product. In addition to cars, [users] can get mopeds and rickshaws, so regular folks can use the mobile apps.â€ Uber had launched a service in India specifically for rickshaws but has since suspended the service.

Perhaps as a person of color from an African country, Gabriel can tap into those emerging markets that even Lyft and Uber have had difficulty penetrating because he is from such a region. With a projected expansion to 75 cities worldwide by the end of the year and Godwin’s unique perspective differing from the typical Silicon Valley founder, maybe investors will soon come courting.

Nigerian Student From New Jersey Gets Into All 8 Ivies