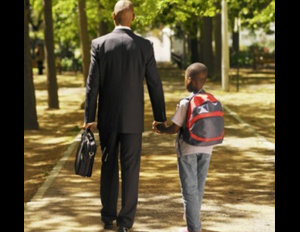 Single fathers may be younger, poorer and less educated than married ones, but they raise eight percent of households with children — that’s nine times higher than the same amount of single-father homes in 1960.

Those numbers are according to Pew Research Center’s analysis of Decennial Census and American Community Survey.

The trend has been ticking upward, what with more and more women choosing to, among other factors, advance their careers.

“For a long time, men saw parenthood as a package deal,” said Stephanie Coontz of the non-profit Council on Contemporary Families, according to the Los Angeles Times. “If they didn’t have a wife to help them, they tended to not be interested or not feel capable of dealing with the kids.”

“We’ve seen a real decline in the number of dads who walk away from their kids after divorce,” Coontz said. Some men have also asserted their rights as parents outside of marriage.”