More than Half of all Organizations Check Facebook for Background Checks 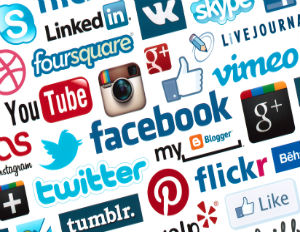 With many employers working to improve the quality of hires and reduce time-to-hire, SterlingBackcheck has released a report that breaks down the employee screening process of many organizations.

Interviewing a total of 1,403 participants, SterlingBackcheck asked each of the professionals to give insights into theÂ  methods they use to screen employees. With social media playing a role in the careers of many professionals, a surprising 54 percent of HR professionals surveyed said they are only somewhat comfortable with using the online platforms for pre-employment checks. However, when social media is used, the number one site more than half of organizations say they check is a candidate’s Facebook page, with LinkedIn coming in second.

[Related: 3 Things You Need To Know About Employee Background Checks]

Clare Hart, who serves as CEO of SterlingBackcheck says Facebook is likely the go-to site for many organizations because people use the social media platform for both personal and professional purposes and tend to post more about their interests and network. When it comes to LinkedIn, Hart says the site is often used to research the market and find the candidates.

“There’s been much debate on whether information uncovered in social media profiles should be considered,” Hart tells BlackEnterprise.com. “With safety and security in the workplace a growing concern for hiring managers, there are behavioral “leading indicatorsâ€ that can be discovered on social media that could raise a red flag for further investigation, especially for senior level, client-facing or financial roles.”

While making it clear that social media is one of several factors that go into play when determining whether an employee is fit to join an organization, Hart advises professionals to steer clear of the following social media activities when looking for employment: