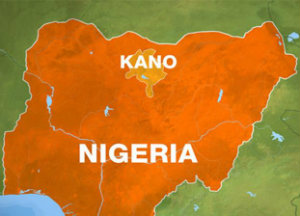 It is not yet confirmed who is behind the bombings but it is suspected that it’s yet another attack by militant Islamist group Boko Haram.

In recent weeks, Boko Haram militants are suspects in attacks in neighboring Chad, Niger and Cameroon but have not struck northeastern Nigeria since late October when bombings in Yola and Maiduguri left at least 37 people dead.

Since President Muhammadu Buhari took office in May he has vowed to defeat the militant group. During his tenure, suspected terrorist from the group have killed around 1,000 people.

Reports also indicate that Facebook has enabled safety check feature after the bombing in Yola and after criticism in the aftermath of the Paris attacks.

This news comes on the heels of the recent attacks in Paris by suspected Syrian terrorists, and the world has its eye on international security and humanity issues. Concerned Diasporans have taken to social voicing outrage, concern and remembrances of those affected by the recent attack in Nigeria:

Thoughts/prayers are w/ anyone affected by the disgraceful scenes in Nigeria. Sad how no major media outlets are talking about it. ðŸ™ ðŸ‡³ðŸ‡¬

My heart bleeds on the terror attack in Nigeria. May God comfort bereaved families, the nation and President Buhari. Nigeria will overcome.

Please take the time to stop and pray for Nigeria and for the lives lost. Nigeria we are with you â¤ï¸ pic.twitter.com/TzfqbNBwcJ

This summer, the Buhari administration slated $100 million for the Multinational Joint Task Force, which is composed of military personnel from Nigeria, Chad, Niger and Cameroon, specifically focused on fighting Boko Haram. At the time Buhari made $21 million available immediately.

The extremist group has reportedly indicated it will not negotiate with the Nigerian government, but Nigerian officials have said they are open to discussions.

“If Boko Haram opts for negotiation, the government will not be averse to it,” Femi Adesina, a Buhari spokesman, said in a statement. “The government will, however, not be negotiating from a position of weakness, but that of strength.”