More Than Half of U.S. Employers Do Not Honor Dr. King Day 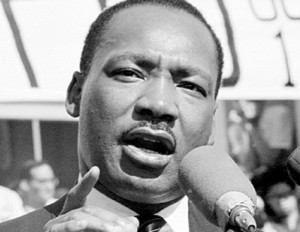 According to Bloomberg BNA’s Holiday Practices survey, just 37% of U.S. employers grant their employees with a paid day off in honor of Dr. Martin Luther King, Jr. Day.

Making a slight improvement from the 35% of employers in 2014, survey results show that despite Dr. King’s birthday being considered a federal holiday for 30 years, companies are still slow to honor his legacy in the workplace.

“After three decades as a federal holiday, getting Dr. King’s birthday as a paid day off seems to be plateauing as those U.S. workers getting the day off with pay has hovered between 30 and 37 percent the past five years,” said Molly Huie, Bloomberg BNA’s Manager of Survey and Research Reports. “In fact, while not a federal holiday, the Friday after Thanksgiving was given as a paid day off in 2015 by nearly twice as many employers (71%) as Dr. King’s birthday and 46% of employers provided a paid day off for Christmas Eve.”

[RELATED: The Best Online Resources for Learning about MLK]

Employees who work for non-business organizations such as healthcare, government, and educational institutions are more likely to receive a paid day off for Dr. King’s birthday, rather than employees working in the manufacturing industry. According to the survey, just 10% of manufacturing companies provide paid leave in honor of the late civil rights leader.

In the past, a few tech companies have come under fire for their Dr. King leave policies. Apple, for example, received mixed reactions after it was made public that rather than giving their workers the day off, the company donates money to charity for every hour their employee commits to volunteering.

“As we reflect on the significance of Dr. King’s contributions, there is no greater way to celebrate his legacy than to serve the communities where we live and work,” wroteÂ Apple’s head of human resources, Denise Young Smith, in an email to staff last year.

To see a breakdown of the industries that give employees the day off for Dr. King Day check the infographic below. 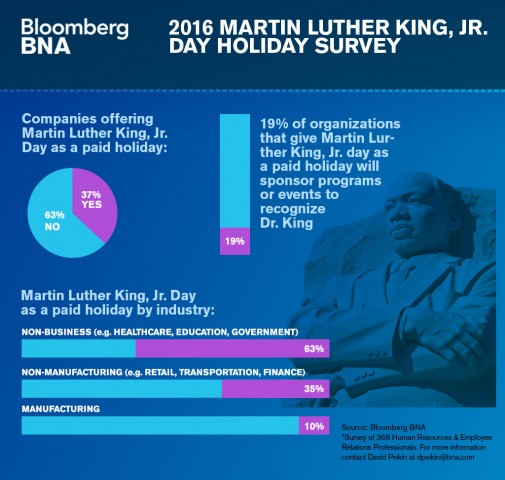