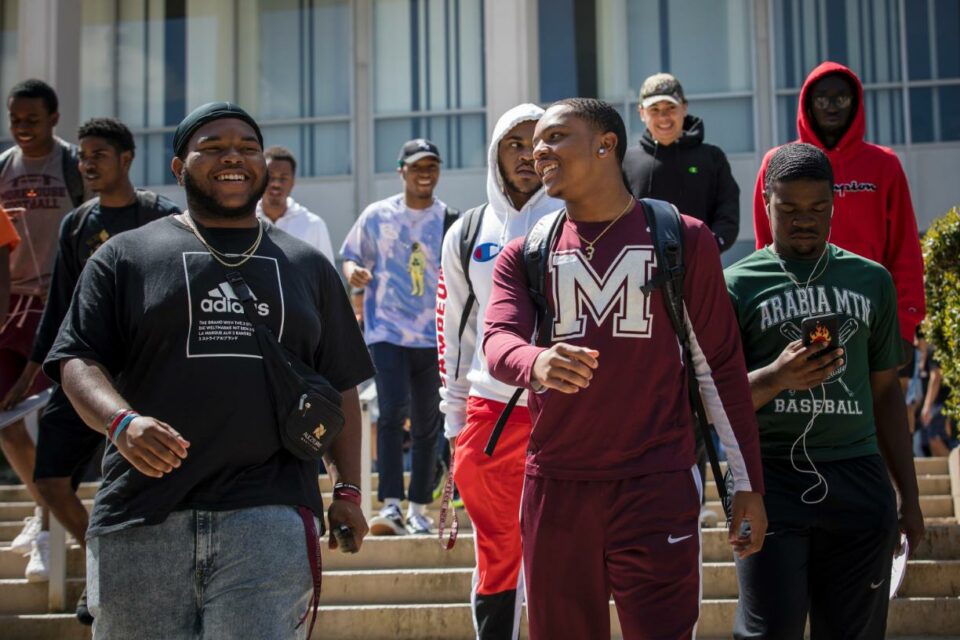 Morehouse College announced Tuesday that it has launched what school officials say is one of its most important initiatives, the Black Men’s Research Institute (BMRI).

Morehouse, which has built up the education and morale of Black men for 150 years, wants to be known as the go-to place for research that results in better health, professional and societal outcomes for all Black men.

The HBCUs BMRI will study the cultural, economic, personal, and social outcomes of issues affecting Black men today, with a particular focus on places where racial disparities exist.

Most HBCUs have classes and departments that focus on Black studies and people. However, Morehouse’s BMRI will focus specifically on Black men and the racial challenges they’ve faced. The institute will be funded through a four-year grant from The Andrew W. Mellon Foundation.

The BMRI will partner with Morehouse’s African studies and history departments and serve as a springboard for a Black masculinities studies minor at an HBCU, along with an online certificate program. It will also feature a yearly symposium, a public lecture series, and acknowledge public and community projects and policies affecting Black men and their communities.

“As a college dedicated to advancing knowledge of Black men’s lives, Morehouse is thankful for the Andrew W. Mellon Foundation’s investment that enabled us to establish the BMRI,” Kendrick Brown, Ph.D., senior vice president of academic affairs at Morehouse College, said in a release.

“The institute will be a positive force for promoting richer, more nuanced understandings of how Black men affect and are influenced by their communities.”

Morehouse’s BMRI will also teach Black men and allies to navigate a society constructed in ways that marginalize Black men’s contributions to society and humanity. Additionally, the institute will serve as a model for other HBCUs and universities to create curricula and scholarships to adopt.

“The BMRI will fill a void in research, scholarship, curriculum, and public engagement to reveal a holistic understanding of the experiences of men and boys of African descent in the United States, Africa, and the African Diaspora—from their expressions of gender and identity to the overt and subtle ways that systemic racism and inequalities affect them in myriad socio-political, economic, and cultural contexts,” said Clarissa Myrick-Harris, Ph.D., chair of the division of humanities and professor of Africana studies added.

“Just as important, the institute will explore and share ways that Black men and boys have—and continue to—overcome barriers and find ways to empower themselves, their families, and communities.”