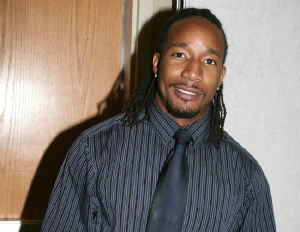 Resident Director of Brazil Hall at Morehouse College, Isaiah Green, has been featured in a video clip from a proposed gay television series being shopped around called “Skin Deep.” Green is shown simulating a sex act with another man.

Mr. Green, an aspiring actor, has worked for Morehouse for the past six years, and is said to have been instrumental in gettingÂ the college to address issues of sex and sexuality.

EURweb reports that “Isaiah Green (left) is seen ‘gettin’ it in’ with actorÂ Des Epps, who playsÂ a young manÂ struggling with being on the ‘down low’.” Epps, a professional actor, told the Morehouse-affilited blog ObnoxiousTV that he is ‘straight’ and just portraying a gay man.

Read the whole story at EURweb.