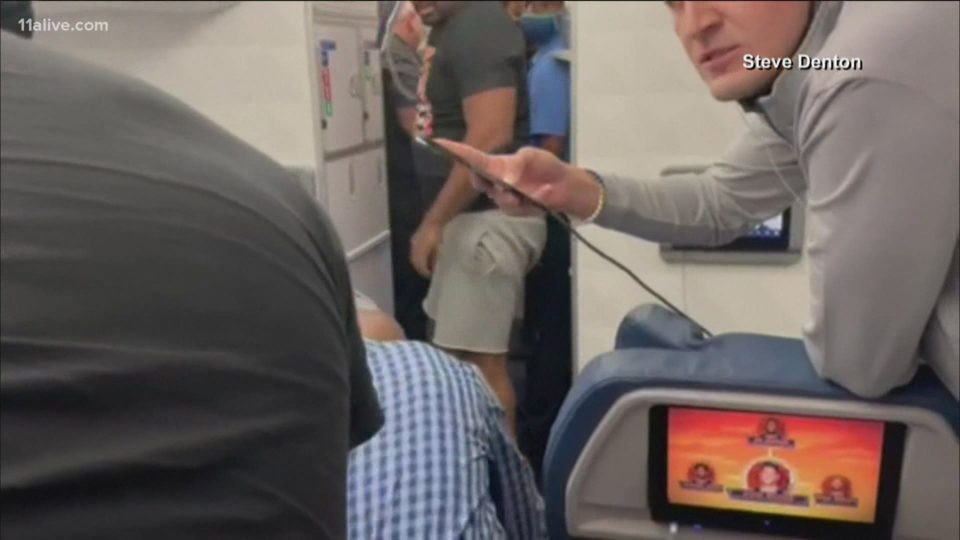 Morehouse Professor was put to work during his recent Delta flight after he helped airplane staff subdue an unruly passenger.

Rashaun Williams, a Morehouse College grad and professor, was captured in a recent viral video of a man going wild on an active Delta flight, 11 Alive reports.

The flight was en route from Los Angeles to Atlanta on June 12 but was forced to make a detour to Oklahoma after the unruly passenger sparked a confrontation with Delta staff mid-flight, NBC News reports.

Williams was lucky enough to be seated next to the man before the melee broke out.

“He was exhibiting some weird behavior and asked me a bunch of personal questions: What’s your name? What do you do? Where do you live in Atlanta? Can I get your phone number? Do you have a business card,” Williams recalled.

Williams said the man wrote down a note before walking to the back of the plane, then back to the front where he tried to take control of the plane’s intercom system. That is when the plane’s captain asked for assistance in bringing the man down. “We’d like all strong males to the front of the aircraft to handle a problem passenger,” the captain can be heard saying in the now-viral video footage.

“As soon as I stood up, he’s coming right towards me, facing me,” Williams said. “I immediately jump, grabbed his shoulders, pulled his hood over his head, pull him to the ground. Now, I’m holding him on the ground and he’s kicking, someone’s grabbing his feet.”

The unruly man ended up being an off-duty flight attendant. The note he wrote accused Williams of making terroristic threats. However, after the plane landed in Oklahoma, Williams spoke with law enforcement and the accusations were cleared up without incident.

“I just think he was having a mental health breakdown,” Williams said. “It’s up to us at citizens to invest in our own mental health, to be compassionate with people, and to learn how to diffuse situations with people without it becoming dangerous.”