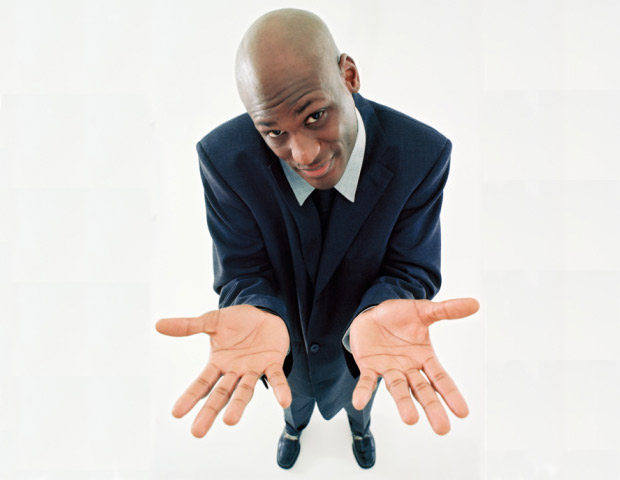 They say fake it ’til you make it. Well, we all come across a variety of people with various professions throughout our lives. From church services to after-work mixers to family reunions to clubs, mention of how one makes a living can be an all-too-common subject. Some job titles are self-explanatory, while others sound like embellished delusions of grandeur. Here are a few I’ve heard one too many times, prompting either a side eye or skepticism:

Gone are the popular days of TV “socialites” (*cough* Paris Hilton), but this title always brings up a spew of ‘yeah rights.’ I once met someone at an event who had this on their business card, and I still wondered “But what it is you do?” I always thought being a socialite was a complementary term to describe a person with a real day job. Most socialites don’t have to say they’re socialites and they usually have some sort of tangible occupation. Even Kim Kardashian and Paris Hilton got “real” jobs as reality TV stars or product endorsers. And the social broker seems to be the male version of this, always leaving me to wonder, “What do you really do to make ends meet?”

Yes, there are true, bona fide (and certified) life coaches out there who have the receipts and do the work. But for some it’s a title that creates an illusion of prestige without having to earn it. And when one hears this title, they’re often prompted to think, “Well, who have you coached and how do you quantify your success?” It seemed that if you could give advice—any advice—you’re a life coach. You may have had one client for the past five years— or worse, none at all—and you’re a still a life coach. Certification, awards and lauded research books makes this a much more reputable occupation, but with the thousands of others making this claim, the words still prompt a raised eyebrow.

Kudos to those who’ve made the New York Times best sellers’ list, but there are many who have written books, maybe sold 100 copies, and still tout they’re best-selling authors. There are also people who claim to be writers, maybe have a couple chapters under their belt but no completed book in sight. If you haven’t published anything, I’m sorry but you’re not a best-selling author or writer. I mean, doesn’t it take a finished product that is consumed by the masses to qualify?

With the popularity and pull of many awesome Web innovators and influencers, the widespread use of this title has gotten out of hand. We all know the reputable bloggers who have built substantial brands for themselves, but those who are just in it for the perks help to diminish this title’s credibility. It’s thrown around quite a bit at press junkets, celebrity events and in social circles, and you’re left wondering, “Who are you influencing? Why would people follow your opinions or insights? Again, where are your receipts?” Key indicators of this few followers/fans on Twitter and Facebook, a Website constantly “under construction,” or credentials that just don’t add up.

This is yet another one of those fake-it-til-you-make it titles, especially used by many of my millennial peers. It’s like if Rick Ross or T.I. says it, and you can sing it in a song, you’re a boss. I’ve met and been pitched people who claim to be CEOs or bosses but don’t have registered trademarks, Websites, business certification, business accounts, tax IDs or any other indicator of being a true businessperson. Add to that they pay no one’s salary, have no office space and probably don’t even have an idea what it really takes to be a boss. Some of us are making boss moves, taking steps toward our ultimate success and purpose, but a CEO does that and more, writing checks and seeing profits.

Not all professionals with these titles are stunts and shows, but for those who continue the hype, it’s time to do the work. Make your industry— and ultimately yourself— proud by building a body of experience and evidence that adds to the credibility and pride of being able to say, with confidence, what you do to keep the lights on.

What are some overused or cliche job titles you’ve heard? Sound off either via the comment section or @JPHazelwood on Twitter.