The 10 Most Important Black Business Luminaries 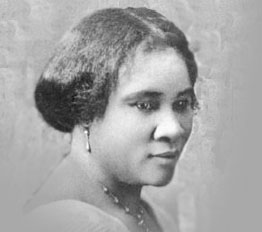 We asked. You answered. According to the results of the BlackEnterprise.com Businessperson of the Century poll, your selections for the top black business luminaries of the 20th century range from publishers to lawyers to civil rights activists. But they all have one thing in common: the entrepreneurial spirit. Six hundred and nine of you responded to our poll, making your selections from a list of 25 notable African American entrepreneurs. The poll was posted on our Website in January, and it ran for approximately one month.

Some pioneers who received honorable mention include: Robert Sengstacke Abbott, founder of the Chicago Defender, at one time the nation’s largest black newspaper; Mel Farr, CEO of the nation’s largest black-owned auto dealership, Mel Farr Automotive Group in Detroit (the nation’s largest black-owned auto dealership with 1999 sales of $432.4 million); and Henry Parks Jr., the late founder and CEO of Parks Sausage Co. in Baltimore, one of the first black companies to publicly trade on the Nasdaq composite index. Also, some readers wrote in nominees that include: Michael Jordan, Malcolm X, and Sean “Puffyâ€ Combs. The consensus from you is that all of these visionaries have had a powerful impact on how black businesses are viewed today.

As we celebrate our 30th year, we, too, celebrate the luminaries of black business for their contributions to the American business landscape. As you read on, let these stories empower and encourage you to continue in the footsteps of these great trailblazers. Here are your top picks, in inverse order, for the most important black business leaders of the 20th century. (Berry Gordy and Arthur “A.G.â€ Gaston tied for 10th place):

(1929- ) The Originator. He created the “Motown soundâ€ in the Motor City using clean, fun, rhythm & blues songs from artists such as Smokey Robinson, the Jackson 5, and the Four Tops. Born in Detroit, Gordy’s big break in the music industry came in the 1950s, when he began writing songs for local R&B acts, acquiring a reputation as a songwriter and producer. He formed the musical empire Motown in 1959, overseeing all of its operations from a Detroit house dubbed “Hitsville U.S.A.â€ Motown’s first big hit was “Way Over Thereâ€ by Smokey Robinson & the Miracles. Gordy says, “Hitsville had an atmosphere that allowed people to experiment creatively and gave them the courage not to be afraid to make mistakes.â€ During Gordy’s reign from 1959 to 1988, Motown generated hundreds of hit singles, and in 1966, the company’s “hit ratioâ€ – the percentage of records released that made the national charts – reached 75%, an astounding figure. Gordy was inducted into the Rock ‘N’ Roll Hall of Fame in 1990 for his outstanding achievements in the music industry.

(1892-1996) The Pioneer. Named be’s Entrepreneur of the Century in 1992, Gaston, then 100 years old (some say he was older), was still sharp enough to head the Booker T. Washington Insurance Co. in Birmingham, Alabama. Gaston started the insurance company in 1923, when naysayers claimed that black men couldn’t run businesses. He eventually owned or controlled nine corporations with combined assets of more than $35 million. Gaston was instrumental in the civil rights movement. Although he wasn’t on the front lines (and was often criticized because of this), he housed civil rights leaders at his motel in Birmingham, the only one where blacks could stay. Gaston used money as an effective means to fight discrimination. In response to the criticism, Gaston wrote in his autobiography: “I was convinced it was now time to go to the conference table instead of the streets to try to settle differences. If wanting to spare children, save lives, bring peace is Uncle Tomism, then I wanted to be a Super Uncle Tom.â€ In recognition of Gaston’s contributions, Black Enterprise created the A.G. Gaston Lifetime Achievement Award, which honors individuals who have a consistent record of business success.