Debbie Roberts is One of the Most Powerful Women at McDonald's 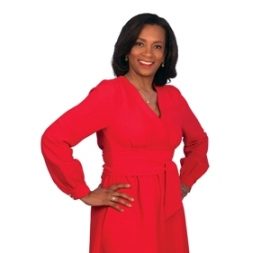 Having climbed the ranks from an entry-level accountant to East Zone president at McDonald’s, Debbie Roberts’ career trajectory proves that in corporate America, nothing can replace hard work.

Roberts began her career with the fast food giant in 1990 and she steadily progressed to become vice president, general manager for the company in 2009. Roberts held this position for three years before taking on the role of senior vice president, restaurant support officer in 2012–the position she held prior to her current role. It was at this point in her career that she realized her potential for C-suite success.

“When I first became a senior vice president, I acknowledged that it was a sizable promotion at a Fortune 100 company,â€ she states. “I continued to have conversations with my senior leadership team about people viewing me as someone who had more potential to do more things. I gained confidence that people thought I had more bandwidth and capacity to lead more initiatives and drive profitability for the brand.â€

From the time Roberts can remember, her plan was always to be in a leadership role. She quickly realized that McDonald’s afforded her unbelievable opportunities to achieve her goals. Roberts nurtured her career in accounting for seven years before transitioning into marketing. From a regional marketing supervisor, she worked her way up to senior marketing director, overseeing the market activities of seven regions. Eventually, Roberts took the advice of a mentor who encouraged her to look into management and McDonald’s executive fast track. This meant going into restaurant operations. The rest is history.

Now, leading talent and brand development strategy to drive long-term growth for nearly 3,000 McDonald’s throughout the Northeast United States, Roberts’ career has reached heights she hadn’t foreseen. “This job that I’m in today is almost unimaginable. I won’t pretend like it was part of my plan, and every day when I wake up I’m just completely thankful. I feel very blessed that I get the opportunity to do this.â€

Roberts attributes her career climb to her commendable work ethic. “I may not always be the smartest person in the room and have the highest IQ,â€ she states, “but no one’s ever going to outwork me.â€