One of the Most Powerful Women in the Sports Business: WNBA's Lisa Borders 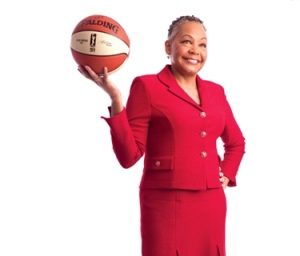 With more than 25 years of experience in marketing, operations, and public service, Lisa Borders has built a reputation of being the go-to executive you hire when you want your company “fixed.” She gained this reputation as an executive who assesses problems, aligns solutions, and then activates.

Now, as the fourth president of the WNBA, Borders looks to pull the 20-year-old league ahead financially and commercially–which has proved to be a stubborn battle in the past. Borders is eager to broaden the scope of the league and increase the visibility of its players so it isn’t just about basketball, but it’s about recognition and female empowerment.

“I want this league to be even more successful than it is today,” says Borders. “I don’t just want it to survive. I want it to thrive. I want to go on the path of sustainability where every team is making money, and every team is operationally stable.”

Borders first knew she had the potential to be a powerful leader in 2004 when she was elected vice mayor of Atlanta and president of the city council. She understood then the magnitude of her potential: “I do know when I was elected that there was recognition that I had a certain set of skills that might be valuable to the city, reveals Borders. “This was the first tangible evidence that I recognized that I could lead really big things someday. I’m not sure I really believed it until after that election.”

Following that, Borders served for three years as chair of The Coca-Cola Foundation and vice president, Global Community Affairs at The Coca-Cola Co. Formerly, she was President of Henry W. Grady Health System Foundation where she completed a five-year, $325 million fundraising effort.

Her career calling is to help organizations reach their full potential and go from good to great. “There’s no better place for me to be as a fixer because that’s what I am,” states Borders.

Though Borders embraces the power and responsibility that comes with having the reins as WNBA president, she emphasizes that real power in leadership is in investing in those that follow you. “Being powerful means helping someone else find their voice,â€ says Borders. “Often folks take power to mean personal privilege. I think it means just the opposite. It’s a collective obligation to give back to make sure that the next person has a better opportunity than you have.â€

How to Bring a Dying Brand Back to Life

This Black Woman Is Building Apps Without Coding