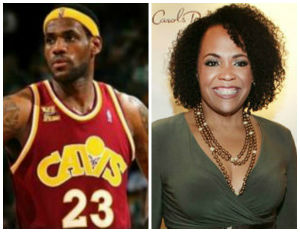 Keke Palmer may be just 21-years-old, but the young actress, singer, and television host is proving that she can hold her own with industry greats.

This year, Palmer debuted her talk show, Just Keke, on BET, making her the youngest talk show host ever in television history. And as if that wasn’t enough, the young starlet also made her Broadway debut as the first African American actress to play Cinderella on the big stage.