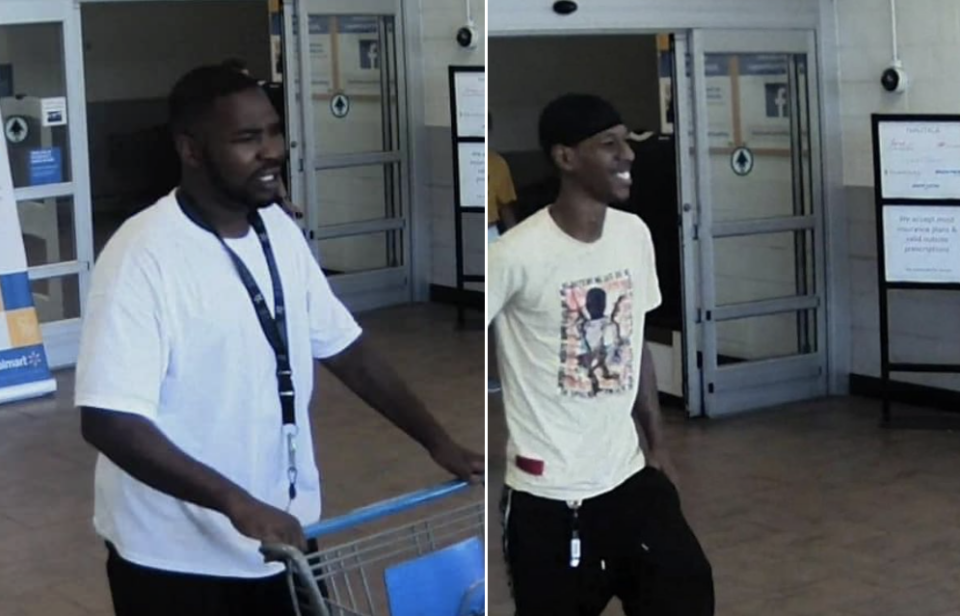 A woman and her 1-year-old son were held up at gunpoint and abducted while putting away groceries at a Memphis, Tennessee, Target parking lot on Wednesday, report police.

Authorities responded to a 911 call around 12 p.m. to 7989 Highway 64 at Target, of two men welding a firearm to force an unidentified mother and her infant into their vehicle after she said she didn’t have any cash on her.

WREG-TV reports that she went as far as to give up her wallet and pin number to one of her cards. The suspects then grabbed the child from the shopping cart and made the woman get in their sedan. She was forced to sit up front with the driver, while the armed man sat in the backseat with the child.

According to the victim, the perpetrators drove to the Regions Bank at 7790 Highway 64 and demanded she withdraw $800 from the ATM. They then let them go at the same Target they were picked up from, and left with her wallet. She immediately ran inside the store to alert an employee who then called the police.

“It’s very shocking, can’t believe it almost,” said Callie Alt, a shopper who was there at the time with her 3-year-old son, according to FOX 13.

Per the Memphis Police Department, they were able to capture images of the suspects from surveillance footage of a nearby Walmart, which have been released. 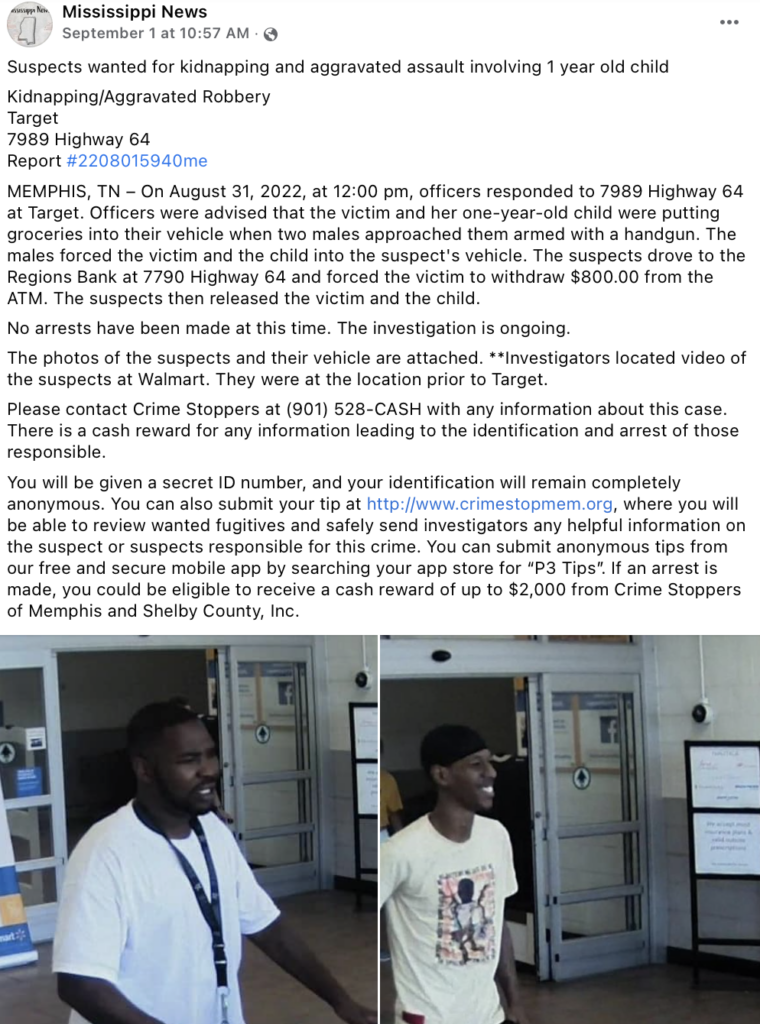 They additionally released an image of their vehicle, a four door goldish-tan sedan.

“A one-year-old, it’s not good. Being a mom, it’s very horrible,” said Laura Parsons, another shopper there with her daughters. “It makes me want to be aware of my surroundings and lock my doors and possibly carry mace.”

No arrests have been made at this time, as the investigation is currently active.

Authorities urge anyone with any information, to call Crime Stoppers at 901-528-CASH.