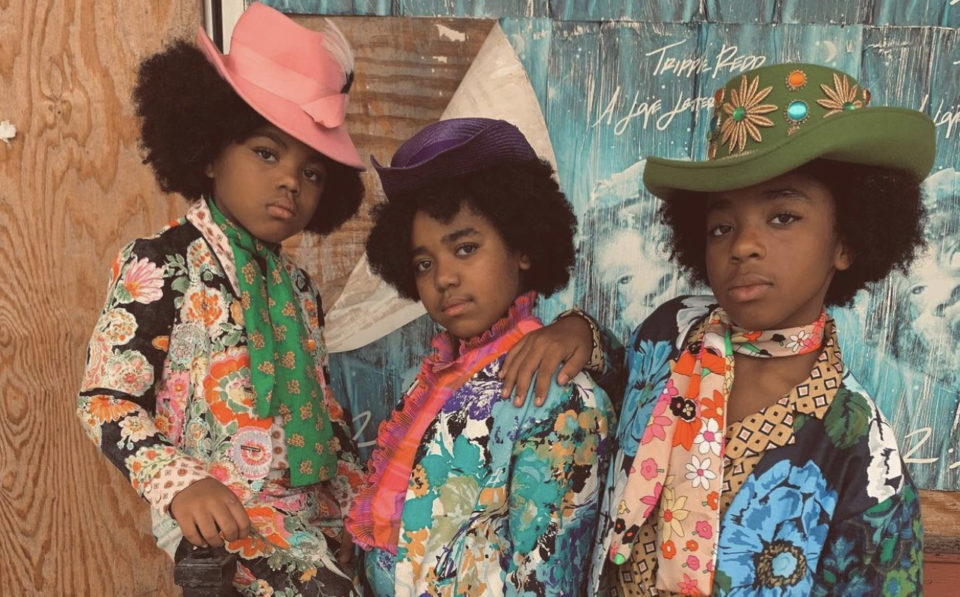 Alissa Bertrand (Alissa B.) is an expert at making an old clothing style or fabric look updated or new again, while stretching dollars. Bertrand is a fashion designer who, according to Atlanta Magazine, is a mother of six who drew national attention with her upcycled clothing brand, Jabella Fleur. Bertrand is known to showcase redesigned thrift textiles on her Instagram page where she celebrates the intersection of nostalgia and fashion.

Atlanta Magazine said that the homeschooling mother became frustrated with limited clothing options for her three youngest daughters. After her 21-year-old daughter, Abigail began taking photos of some of her siblings wearing their mother’s retro designs and dresses, the brand—Jabella Fleur— was born. The creative mother learned how to sew as a child.

“Though Bertrand could find fun, vintage outfits for herself at places like Park Avenue Thrift and Value Village, the stores didn’t offer similar styles and fabrics in children’s sizes. So, about three years ago, the home sewer started creating dresses, jumpsuits, and separates for her girls using curtains, bedsheets, and other thrifted textiles sourced from Etsy and shops around the city,” Atlanta Magazine reported.

Bertrand also told Atlanta Magazine that thrifting is cost-effective. Reusing fabric made more sense than spending $15 per yard or more for new fabric.

In 2020,  the home sewer told Vogue that she originally wanted to make womenswear and planned to attend the Art Institute of Atlanta. The pandemic interrupted her plans. Bertrand began focusing instead on planning her upcoming line for kids, according to Vogue.

“I just try to create what I would have wanted to see growing up,” Bertrand told Vogue. “I never saw images of girls in fashion. That sense of confidence, and power, I never saw that. I probably would be a different person by being exposed to something like that.”

Vogue also said that Bertrand plans to work on a women’s line down the road.

Singer Sewing Co. even featured Bertrand on its YouTube channel. In one video, the designer and upcycling master demonstrated her technique of turning a little girl’s vintage dress into an outfit for her daughters. Bertrand also worked with Pink Chicken clothing brand to design Mommy & Me dresses.