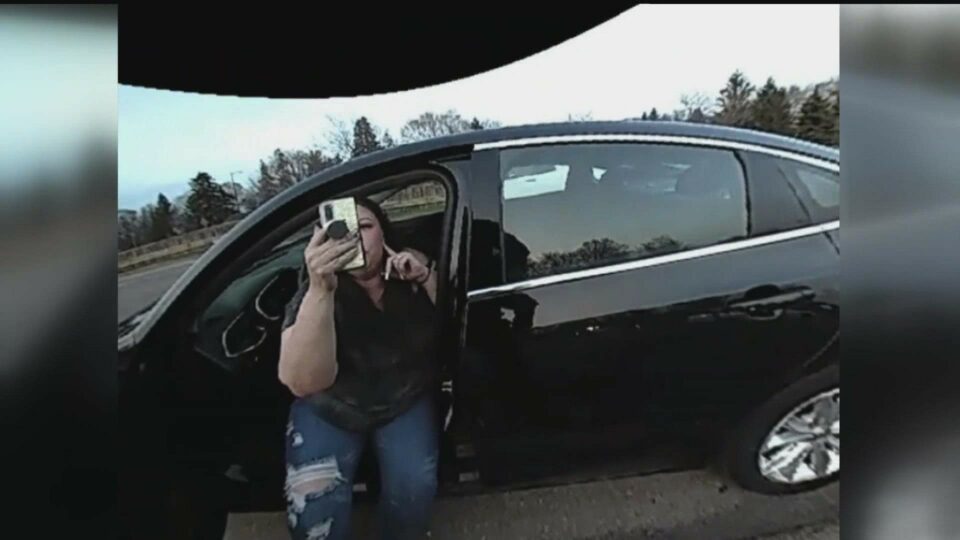 The mother of 20-year-old Daunte Wright, who was shot and killed during a traffic stop in April 2021, was grabbed by the wrist this week by an officer of the same Brooklyn Center police department that killed her son.

According to CNN, Katie Wright told the press that she observed a heavy police presence and a young person being detained when she stopped on the side of the road to film the interaction.

“All I was doing was my civic duty to pull over and make sure that those babies got home safe to their families because I don’t want what happened to me to happen to any other families,” Wright said during a press conference on Thursday.

Daunte Wright was shot and killed by former Brooklyn Center police officer Kim Potter, who claimed she accidentally fired her gun instead of her taser. She was sentenced to two years in a Minnesota prison.

CNN notes that Katie Wright shared the interaction on Facebook where a person was being arrested. An officer is heard saying to Wright, “she’s getting a ticket,” as another officer says, “Nah, don’t worry about it. Come on!”

The officer then crosses multiple lanes of traffic to confront Wright.

“You’re going to give me your driver’s license, or I’m going to take you to jail for obstruction,” the officer says to Wright, who is sitting in her car filming the officer.

“You guys killed my son, and I’m gonna videotape it,” she says and points in the direction of the traffic stop. “And if you take me to jail, I’m going to sue you.” She also tells the officer not to touch her again.

The officer told Wright that she would receive a ticket in the mail.

Brooklyn Center Mayor Mike Elliott said that he was “really sad” by how Wright was treated. It “seemed unnecessary to approach Ms. Wright,” Elliott told CNN, adding that “whatever was happening in the police situation that they were dealing with, had largely subsided.”

Elliott also adds that Wright’s instinct to film the officers is an indication of the breakdown of trust between police and the public.

Wright has called for the officer to be fired, noting that he escalated the interaction unnecessarily. The ACLU of Minnesota stated that citizens “have the right to record police actions as long as you do not interfere with their activities and are not breaking any other law.”

Brooklyn Center police released a statement saying, “While assisting another agency on a high-risk stop as part of a homicide investigation, there was an encounter between Katie Wright and Brooklyn Center officers.” The city released the body camera footage “in an effort to promote public safety and dispel widespread rumor or unrest.”

An app that connects people stopped in traffic with attorneys was recently launched in Brooklyn Center. As previously reported by BLACK ENTERPRISE, TurnSignl is an app where drivers can video conference a lawyer during traffic stops or after a car crash. In partnership with Blue Cross and Blue Shield of Minnesota, TurnSignl offers its app free of charge to the Brooklyn Center community.