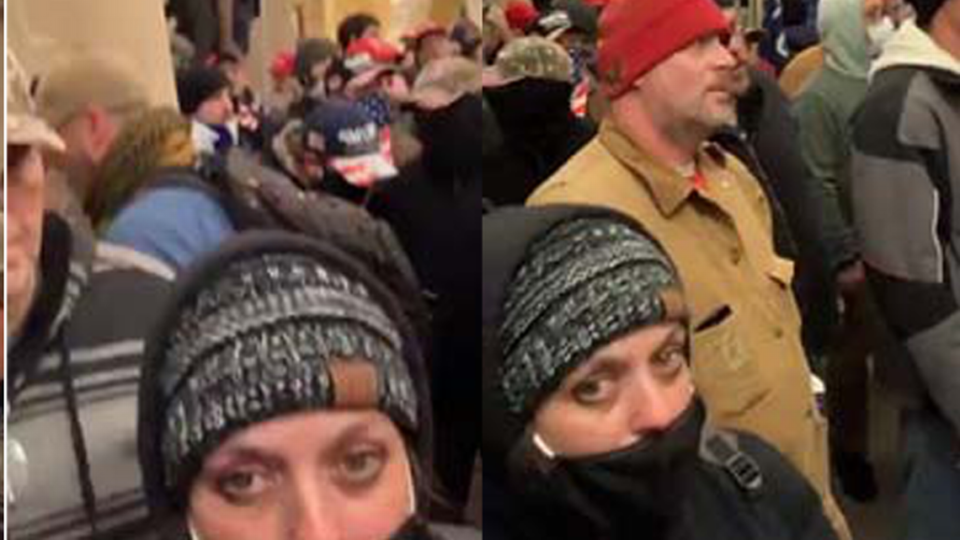 A mother in North Carolina who escorted her 14-year-old son inside the U.S. Capitol to riot during the insurrection has been sentenced to jail time.

U.S. District Judge Colleen Kollar-Kotelly told the parents that she finds it “very hard to comprehend” why they decided to take their young teen inside of the Capitol while the violent rioting took place.

“It must have been a traumatic experience to witness this kind of violence,” the judge said. “It’s a complete lack of judgment on your part.”

Virginia Spencer will have to turn herself in to begin her 90-day sentence on Feb. 25. Federal prosecutors called out the Spencers for storming up to the Capitol on Jan. 6, 2021, with their young teenage son “in tow,” all while police fired tear gas at the crowd.

The mother of five, who works as a cashier, was arrested one month later, in February 2021. Christopher Spencer stopped to launch a Facebook Live during the melee while inside Nancy Pelosi’s office. The family spent over 30 minutes inside the Capitol before finally leaving.

“Of note, Speaker Pelosi had staff members who were trapped inside that suite as the rioters called for Speaker Pelosi steps away from them,” prosecutors said.

The Spencers are among more than 700 people charged with federal crimes related to the Jan. 6 attack on the Capitol, AP reports. Over 170 of the rioters have pleaded guilty, primarily to misdemeanor charges.

Virginia Spencer has become the 75th riot defendant to be sentenced. She was among the many who were upset over the Black Lives Matter protests following the murder of George Floyd and also felt like Donald Trump was the real winner of the 2020 election.

“Mrs. Spencer did not come to Washington, D.C., with the intention of subverting democracy,” her defense attorney, Allen Orenberg, argued, claiming she came “to peacefully protest what she believed at that time to be a fraudulent election.”