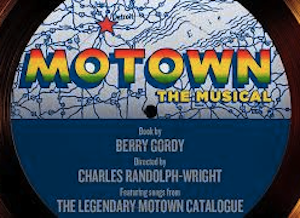 If you go when it finally opens at the Lunt-Fontanne Theatre in New York City, chances are you won’t be able to get the tunes of Motown: The Musical out of your head. And according to a new announcement, you won’t have to rely on your memory, anyway.

Just a week before the March 11 preview opening, Universal Music Enterprise is digitally releasing Motown Originals: The Classic Songs That Inspired The Broadway Show! The album will be released in stores on March 12; a date for the cast album was not released.

The songs included will be My Girl by The Temptations, I Want You Back by The Jackson Five, and Ain’t No Mountain High Enough by Diana Ross.

Motown legend Berry Gordy is producing alongside Tony Award winner Kevin McCollum (Rent, Avenue Q). The musical opens officially on April 14 and is directed by Charles Randolph-Wright. Visit the website for information on tickets, the cast and more.