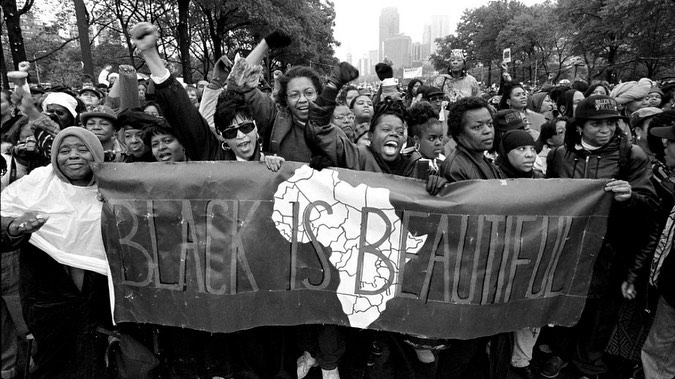 Earlier this month, the George Floyd Justice in Policing Act or H.R. 1280 was passed by the House with a 220-212 vote. The bill bans chokeholds and no-knock warrants in drug cases at the federal level. The bill would also change qualified immunity laws, which make it difficult for citizens to sue police officers.

According to The Associated Press, The Movement for Black Lives has announced that it is opposing the George Floyd Justice in Policing Act. In a letter to congressional leaders, the organization says that the bill doubles down on reform strategies that have historically failed to center marginalized communities and address police violence nationwide.

The Movement for Black Lives took to Twitter to spread the word.

The Movement for Black Lives cannot support the Justice in Policing Act. Police violence is not a symptom of bad apples. It is a symptom of a flawed institution founded on white supremacy.
Take action in defense of Black lives: Text BREATHE to 90975 #BREATHEAct #M4BL pic.twitter.com/PgpbEqpyru

The Justice in Policing Act:

That’s why we need you to demand the Senate vote NO on the JPA and take steps to pass the #BREATHEAct.

“The initiatives [in the George Floyd Justice in Policing Act] provide more resources to the police that do not speak to the size, scale and scope of police and policing,” said Karissa Lewis, the national director of the Movement for Black Lives (#M4BL). https://t.co/diLzwTZVqV

In a letter addressed to the chairman of the House Judiciary Committee, Rep. Jerry Nadler, D-N.Y., and to Reps. Sheila Jackson Lee, D-Texas, and Karen Bass, D-Calif., and Sen. Cory Booker, D-N.J., the organization wrote, “Over this summer, communities lifted up solutions that would truly address the root causes of police violence and terror. Justice in Policing, by its very name, centers investments in policing rather than what should be front and center—upfront investments in communities and people.”